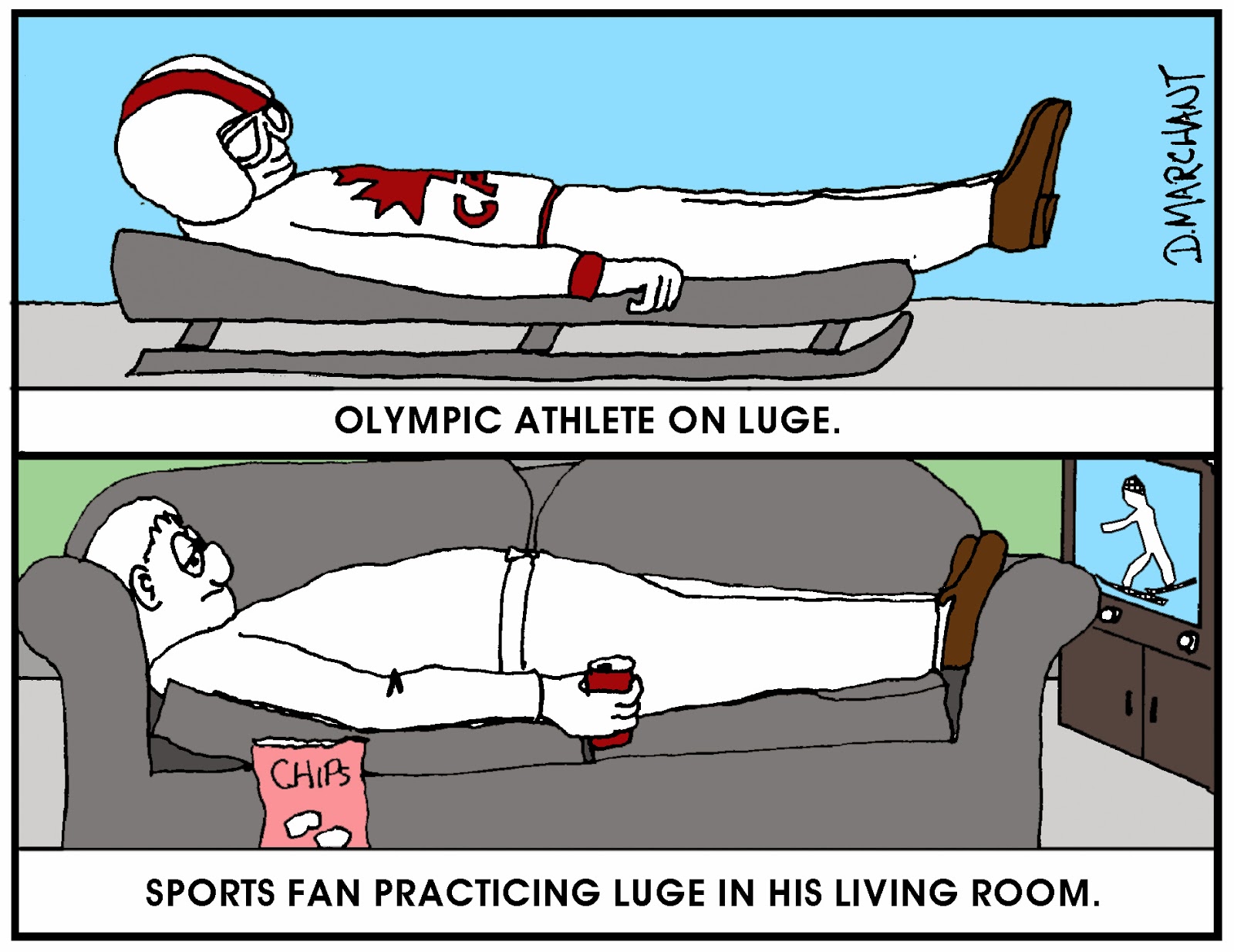 For a long time now, I have recognized that I am missing a key element in the male makeup.  I do not have the male sports gene--I just don’t give a wit about who is playing who, or who has won.  My idea of boredom would be sitting in front of a big TV screen with the guys and watching a sports event.
It bugs me how it is always assumed that everyone is interested in sports.  It particularly irritates me during “big” sporting events, when media becomes saturated with the hype, and all of the focus diverts to the sports--such as the Winter Olympics.
I like listening to news reports, so I will know what is happening in the world.  This morning, still half asleep, I woke up and noticed that it was a few minutes before the 6:00 news broadcast, so I turned on the clock radio to hear what things had happened overnight.  What I got instead of news, was a report on the Olympics--all about a Canadian snowboarder who was hyped to win a gold, but got a bronze instead.  Then once that “big” news was over, several more reports from the Olympics were given.  I turned off the radio.
I realize that millions of people will be watching the “inspirational” stories, drama,  and hype about “the Games”, but not me.  To me, the Olympics have become just a lot of hype, disguising the fact that it is really, just about money.
Big corporations pay huge amounts of money to advertise, participating countries add to pot, so they can wave their nationalistic flags, the host country always diverts billions that could have been used to help their citizens, into huge monuments for the vanity of their leaders, the athletes, who are the unpaid stars of the show, strive to make a name for themselves, so that they can market it later, and the Olympic Committee get to wine and dine and live the life of princes.
I always wonder where all that money goes.  The host country provide the money to construct the  sites, the athletes don’t get any pay, the sponsors and TV networks pay millions of dollars to the Olympic Committee.  What is done with all of that money?  It seems like that everyone else has already paid for everything necessary to make the games happen.
Oh well, sorry to rant.  On a positive note, “The Games” always do provide me with a lot of ideas for cartoons.

I paint, see my photo-realism paintings at:  www.davidmarchant.ca