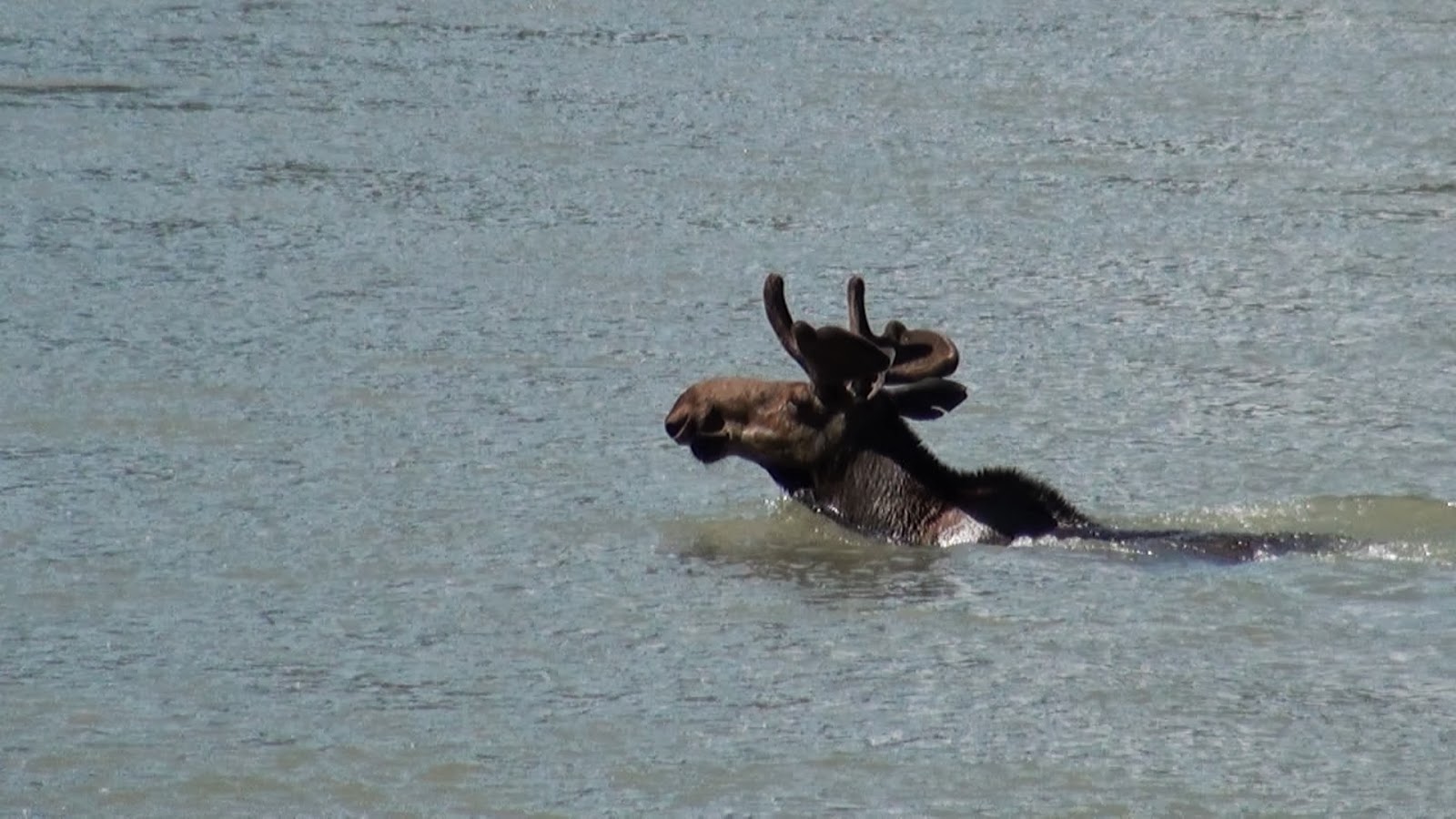 Back in 1975, when I was teaching in the one-room school in the isolated logging camp, one of my numerous chores was to pick up a couple of Native Indian students who lived down on the shores of Takla Lake.  Every morning before school, I would borrow one of the company trucks and make the
2 mile (3 km) drive down to the lake to get Madelaine and Hannah, two second graders.
I had always been very idealistic about Indians, or First Nations people as they are now called in Canada.  I admired how they lived close to the land, and felt the Earth and its animals to be sacred.  I was of course stereotyping, since I didn’t really have any first hand experience with them until I took this teaching job.
When I got down to the house, I noticed that the whole family was outside, and the father had a rifle in his hand.  When the girls got into the truck, I asked them what was going on.  They told me that a moose and calf had been spotted in the area and that their dad was going to shoot them.  I was pretty horrified at the thought; I wasn’t sure what hunting rights Indians had, but it seemed pretty barbaric to shoot a mother and calf, since the family didn’t really need the food.
I asked the kids why their dad was going to shoot the two animals, and was shocked when one of the girls answered:  “Moose eat people.”
I just about drove off of the road.
“Moose don’t eat people, they eat plants.”  I told them.
“No, my dad said that moose eat people,” was the rebuttal.
Trying to break the news gently, I said, “ Well, I think that your dad is mistaken, because moose just eat plants and twigs”
It didn’t get me anywhere with the girls.  The response was,  “My dad knows more about moose than you do.”
I just let it go, I dropped my school teacher role and took on the bus driver role, and drove silently back to the camp with the girls.