Remembering A Day From Hell 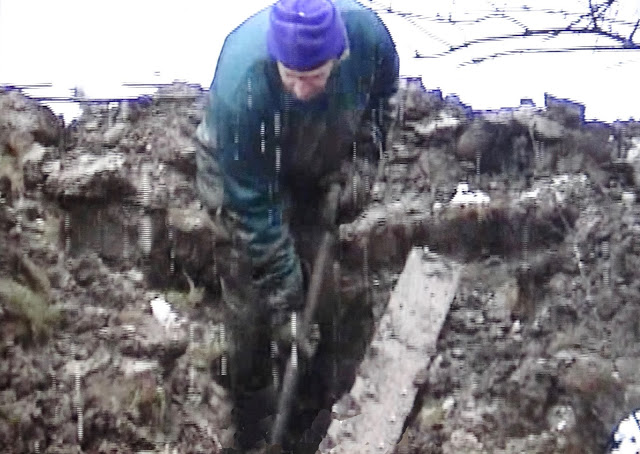 We’ve all had our bad days, hopefully, they don’t come around too often.  On the trivia calendar I make every year, I used to sometimes designate the day my brother lost both his girlfriend and his job as “Rob’s Bad Day.”

Yesterday when I was going through my videos to find an old photo of the flying squirrel, I came across the video clip taken on one of the worst days I have experienced.

It was on my birthday in 1999, but there was no celebrating.  Our sewer had backed up and the backhoe that said it would come, never did, leaving me sopping wet and muddy, shoveling sticky clay out of the hole I had to dig in the yard.  I spent most of the day out in the cold snow/slush/rain digging through mucky clay that stuck to my shovel, trying to get down to my sewer pipe in hopes of finding the septic tank.

My wife, a teacher, came home sick from school.  Later that afternoon, when I had finished digging, she was instructing me how to make my own birthday cake, but I forgot to put in the flour and the cake overflowed in the oven and burned.

I had been stressed out all day about the Internet Society meeting that I had to chair that evening, because we were going to take a vote on changing the way we collected money for the service we provided for the community and it was contentious.

I was running the meeting in the high school that evening, when my sick wife arrived at the door of the room, and whispered to me that my father had died; finally succumbing to the cancer that plagued him.  I excused myself from the meeting and retreated back to the security of our house.

The only good thing to say about bad days is that eventually they end and exist only in one’s memory. 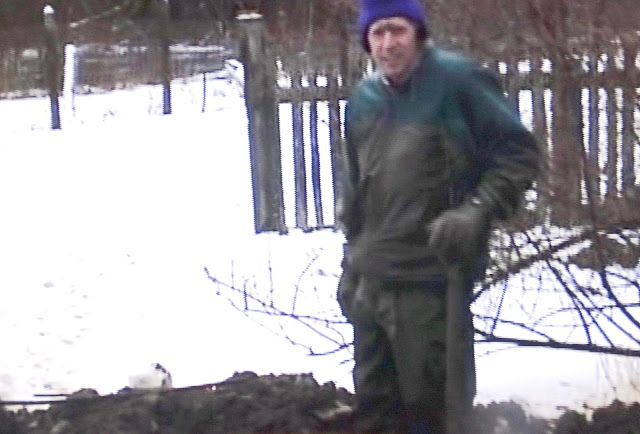 You can see my paintings at:  davidmarchant2.ca
Posted by Life in BC's Robson Valley at 09:50