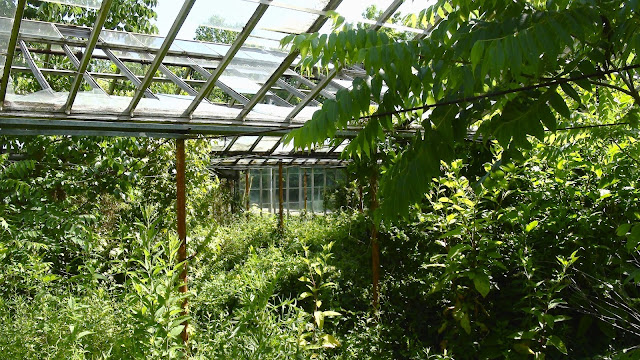 As the price of heating fuel rose starting in the 1970’s, the commercial economics of the Schmidt Greenhouse became more difficult, but my uncle continued growing produce until his retirement.  He sought to find someone else to take it over, but couldn’t, so the greenhouse stood idle for a few years.

He was relieved when he was approached by a man who wanted to use the greenhouse to grow commercial roses.  Roses where planted and harvested, but that floral enterprise couldn’t compete with the cheaper roses being imported from South America, and so the man abandoned his dream, leaving the greenhouse once again, unused.

Mother Nature discovered the empty greenhouse and decided if no one else was going to use it, she would.  All sorts of plants and trees took hold and grew wonderfully.  Even the occasional deer found its way into the vacant botanical garden.

My uncle then sought someone to tear the greenhouse down in exchange for its materials:  glass and pipe.  That too was a difficult search, but finally he found someone who said he would do it.  The agreement was to carefully de-construct building, but the guy got greedy and started ripping out weight-bearing pipe, ignoring the glass on the roof, which began to destabilize the structure.  When my uncle discovered the man in the barn stealing expensive aluminum irrigation pipe (not part of the deal), the agreement was cancelled and the man taken to court.

My uncle eventually just had to hire someone to tear the greenhouse down with a big backhoe and haul the pieces away to the dump.

Now there is just a large mowed lawn where the Schmidt Greenhouse once stood, but it still looms large and lucid in my memories. 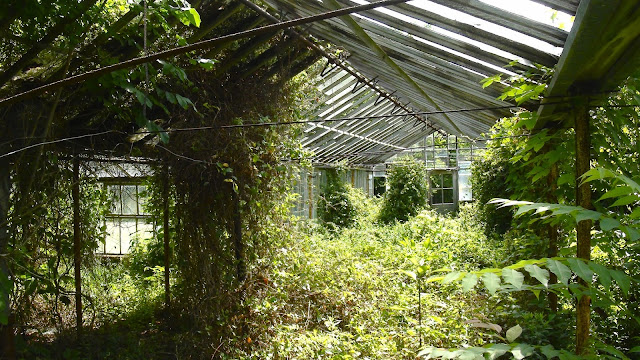 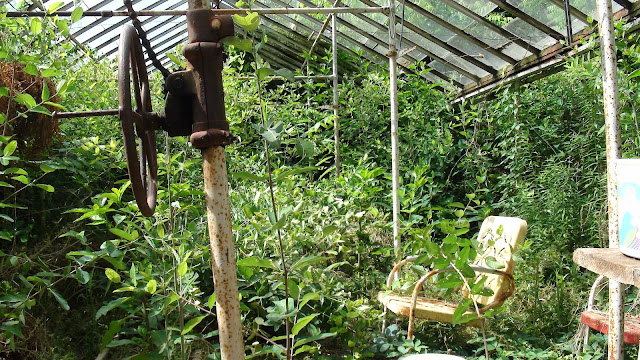 Take a look at my paintings:  davidmarchant2.ca
Posted by Life in BC's Robson Valley at 09:43