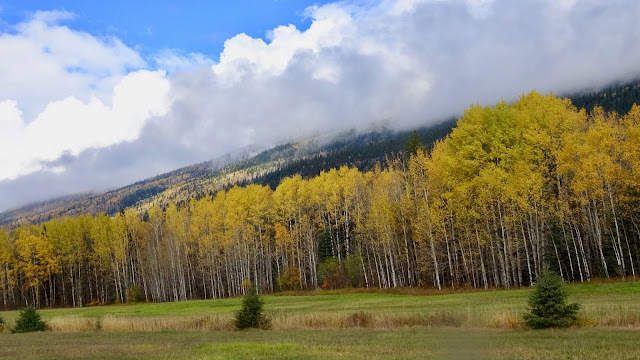 Yesterday was the Canadian Thanksgiving, and we had a memorable one.  The day started out with 2 inches of snow on the ground, but by noon that had melted away and the clouds opened up. (I took this photo at the McBride airfield, where we walked Kona).

The big event of the day was a Thanksgiving gathering and feast with friends, something we hadn’t been able to do for over a year and a half, because of the Covid restrictions.  It was so nice to once again gather around a big table covered with food, and to be able to engage with friends as we ate the bounty they produced in their garden.  It was a wonderful return to the socializing we had been so long without.

The food was almost entirely locally produced, most of which, by the serious gardeners who sat with us around the table.  I was amazed by the size and quality of the tomatoes, potatoes, carrots and cabbages the were devoured.  The chicken was the size of a small turkey, and delicious.  The feast was topped off with a tasty almond tart (below) created my talented wife had made.  The leisurely meal was accompanied by the conversation of friends who had too long been apart.

On our drive home we discovered an aurora in the sky, something else we had not experienced for a really long time (probably decades).  It was not the most spectacular one I have ever seen, it was faint and broad rather than bright and defined, but still it was nice to see again.  We saw a STEVE, a long linear, newly discovered, visual object that sometimes accompanies an aurora, it was something we have never seen before.  I tried to take some photos, but unfortunately, they were all miserable failures.

Seeing the aurora was a nice end to a really wonderful Thanksgiving. 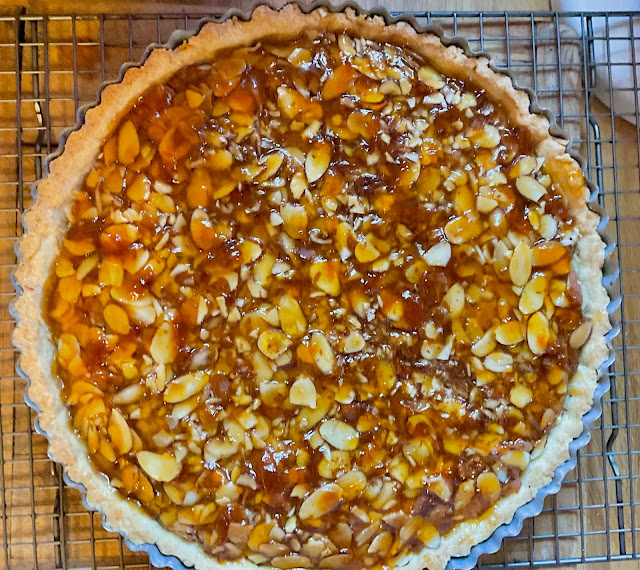