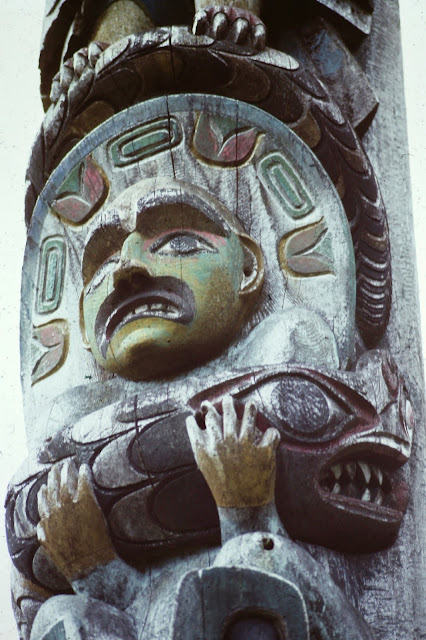 In Yuquot and I was thrilled to see some old weathered totem poles that stood where one of their old villages was located.  The old totems which had been carved from Western Red Cedar, were gray and cracked from years of standing unsheltered through decades and decades of coastal rain, but  in places you could still see the faded colors from their original paint.  Some of the totem poles had plants growing out of the crooks and crannies where a seed of some plant had happened to land, and had germinated.
The carvings on the poles were still recognizable, even in their weathered state.  There were eagles, whales, owls, bears and humans, all carved in the unique West Coast native style.  Even today whenever I see a totem pole, I think back on those ancient faded and weathered poles at Friendly Cove and those days of exploring BC’s Pacific Coast.  While so much of BC’s early history happened in this Pacific area, BC’s terrain is so difficult to travel through that few people have had the opportunity to see any of it.
British Columbia is largely known worldwide for three things:  Its mountains, its Pacific Coast, and its rich First Nations culture.  I am so glad that way back in 1976 when I came upon that notice about the Alpine to Ocean course in the teacher’s publication, that I took the effort to apply.   The course gave me first hand knowledge of all three of those BC things.  I did notice that tourists can still sign up for “Alpine to Ocean” excursions at the Strathcona Park Lodge.  It won’t be the same experience that I had, but I bet it will still be well worthwhile. 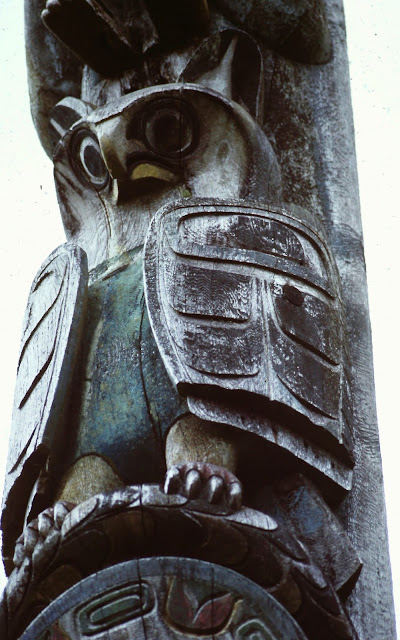 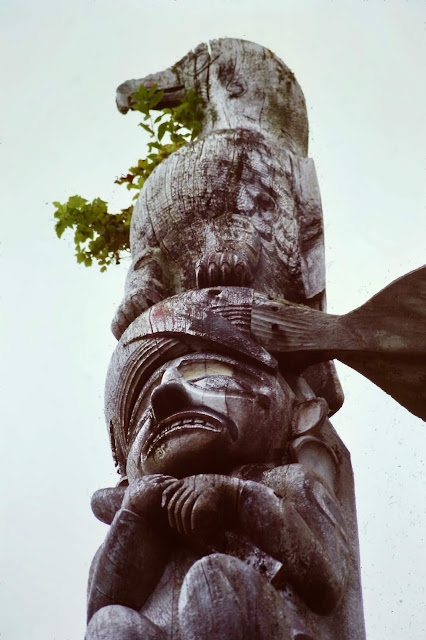