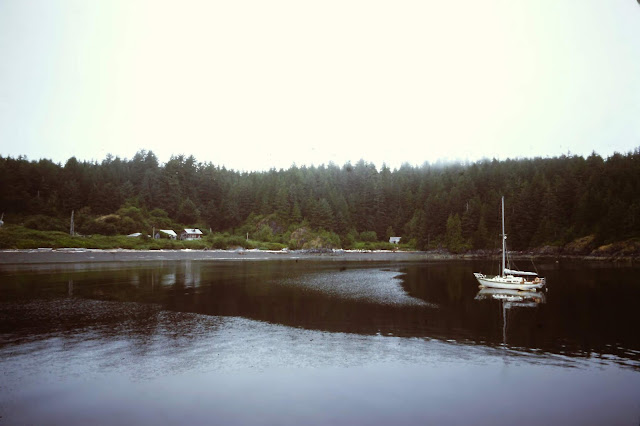 Continued from yesterday:
After our days of learning all about the ecology and history of the Pacific West Coast and the coastal First Nations, we again climbed into the Zodiacs and crossed the choppy waters of Nootka Sound, hanging on as we bounced our way over to Friendly Cove.  There we explored around the lighthouse that had disturbed so much of our sleep.
Today Yuquot/Friendly Cove is a bit of a backwater, when we visited there it only seemed to be a couple of houses, but it is a place very rich in early BC history.  It was the site where the first European set his foot onto what is now British Columbia.  That was Captain Cook, who in 1778 landed his ship, the HMS Resolution at Friendly Cove.
Besides giving Friendly Cove its name (because of the warm welcome he received from the First Nations people who lived there), Captain Cook also named a large island that lies nearby in Nootka Sound, “Bligh Island”, after the sailing master on his ship, William Bligh.  Bligh later became infamous for being the captain on the HMS Bounty when the famous mutiny occurred.
In 1789, the Spanish explored the area and Captain Quadra set up a trading post at Friendly Cove/Yuquot.   I assume it must have been the Spanish named Escalante Point, since that is a Spanish sounding name.  A few years later, the English decided to push their claim on the BC coast by sending Captain Vancouver to Friendly Cove to confront the Spanish, but thanks to Chief Maquinna the dispute between the Spanish and English was resolved.
While we were there we walked down an ancient trail used for centuries by the First Nation’s people.  As we walked it, I couldn’t help but think about the generations of other people who had also trod along that path. 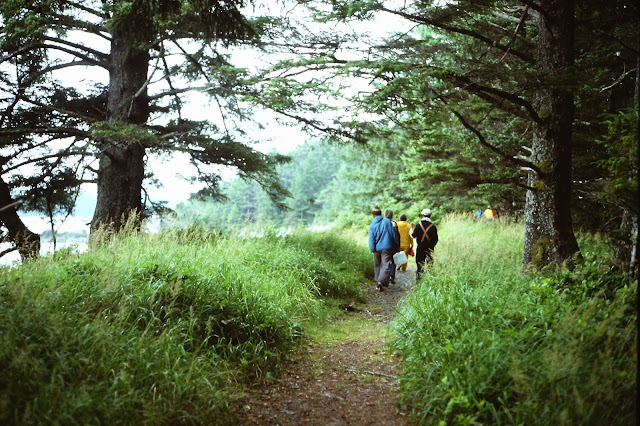