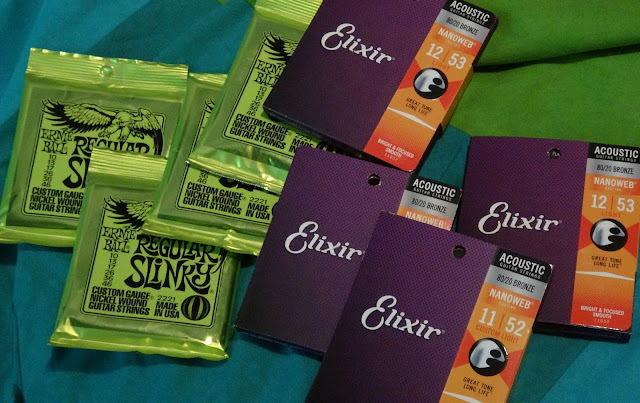 I only change my guitar strings about once or twice a year, but I always like to have a set on hand in case I break a string.  I had used up my last set for my acoustic guitar, and our jam has been asked to play in the park on September 1st, and so I though I’d better pick up a set of strings.
I can’t buy guitar strings locally, and we ran out of time to get some when we were in Prince George, so I thought I would just order some online from Amazon since they deliver.  I found the strings I wanted and thought, “Well, since I’m here, I might as well get two sets of electric and two sets of acoustic.”
So I added them to my cart and then pressed the button that placed the order.  It already had my credit card number on file, so I was immediately rushed to  the “Thank You” screen, so I assumed that was that.  Then later in the day, I got a message from Amazon saying that the credit card that they had for me was no longer valid and I would have to supply a new number.
I went back online and did that, and understood from the directions that I should reorder, which I did, but as happened I ended up with double the number of guitar strings that I needed.
I guess I needn’t worry about having to buy more guitar strings for a while.