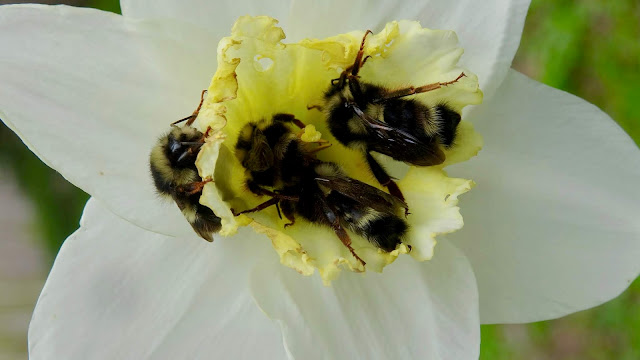 I noticed some black areas on a daffodil the other day, and at first I thought that some kind of disease  or fungus had infected the bloom.  When I took a closer look I discovered that it was a cluster of bees.  They didn’t move just sat there like they were in a stupor.  They weren’t going after the nectar, just sitting there.  I was puzzled as to what was going on.
Yesterday at the Dunster Mother’s Day Yard Sale, I mentioned it to a guy who knew a lot about bees and he figured that they had spent the cold night there, together to stay warm, and that they wouldn’t start moving around until it warmed up.  I had taken the photos at 9:00 in the morning, when it was still cool, so I think that is probably the correct explanation.  Later in the day they were gone. 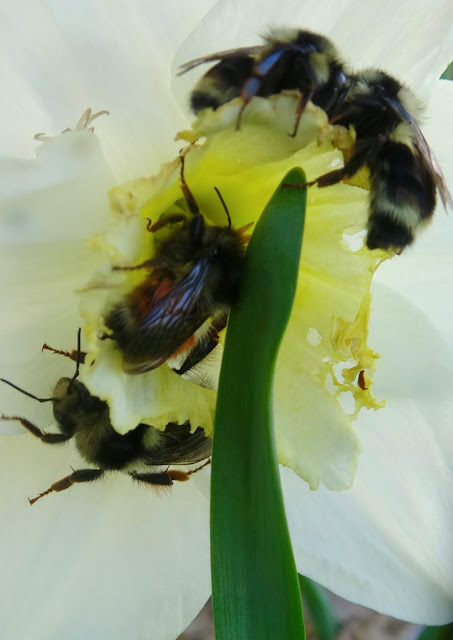