The Forgotten Garden by Kate Morton 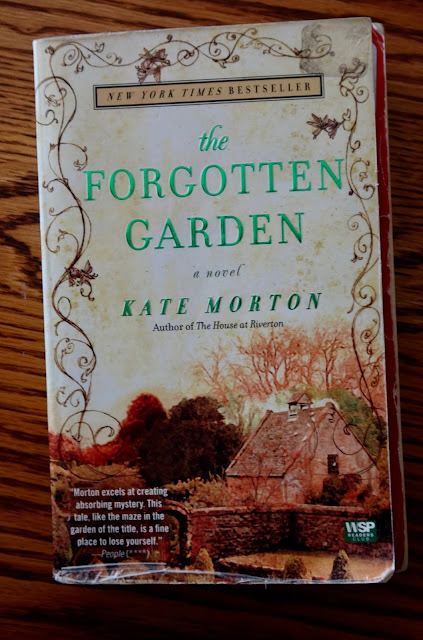 For September’s McBride Library Book Club, we were supposed to read a book with the words “Garden” or “Flower” in the title.  I read two novels.   Here is my review of The Forgotten Garden by Kate Morton, which was the first book I read.

This book starts out with a puzzling event:  In 1913, a four year old girl is taken aboard a passenger ship in London by someone she knew only as “the authoress” and was told to hide behind some barrels until the authoress returned. The authoress never returned, the ship sailed, and weeks later, after the ship arrives at its destination in Australia, the four year old girl was dropped off and left alone on the dock, with no one to pick her up.
The novel is written as a mystery, slowly piecing together the clues so that the reader can eventually, at the end of the book, discover why this happened.  Some of the clues are gleaned from the old fairy tales published by the authoress.
The storyline of this novel was much more complex than I imagined when I picked it up.  It not only includes threads of the life story of the girl, but also her mother, and her grand-daughter, all of which spans a  time period of more than a century.
The thing that makes the story so complex, is the jumbled way the chapters are presented.  Instead of using chronological order of events, one chapter may be about the young girl, the next may be about the girl’s grand daughter, the next follows the young girl as an elderly lady, so a lot of mental sewing has to be done by the reader to keep all the pieces of the mystery together.
I managed to somehow do that, and while I was sometimes disoriented with all of the bouncing around, I enjoyed the journeys that finally all got me to the conclusion, where all was made clear. The garden mentioned in the title was a walled in garden overlooking the ocean back in England that became more important toward the end of the novel.


Take a look at my paintings, many of which feature gardens:  davidmarchant.ca
Posted by Life in BC's Robson Valley at 09:20