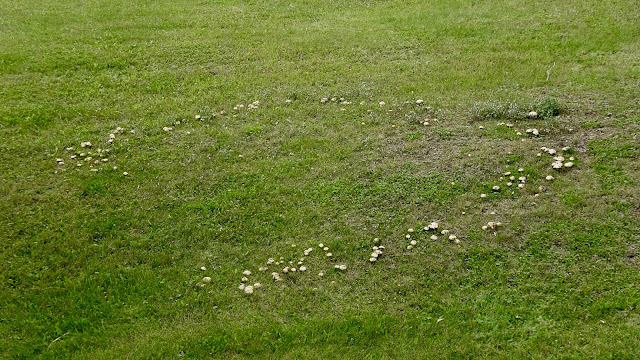 I have  been noticing a lot of fairy rings popping up on lawns in the Robson Valley.  Folklore tells us that fairy rings are where fairies danced in a circle during the night.  The result of their dancing was a ring of mushrooms.
Botanists have another explanation.  They tell us that the mushrooms, a fungus, most of which grows underground began at a single point, then each year from that central point their mycelium (a root-like structure) grows outwards in all directions, and the fungus sends up a mushroom at the end of the mycelium.  Each year the mycelium grows out further, so the mushrooms make a larger circle on the surface each year.
Here are two of the fairy rings I saw this fall. 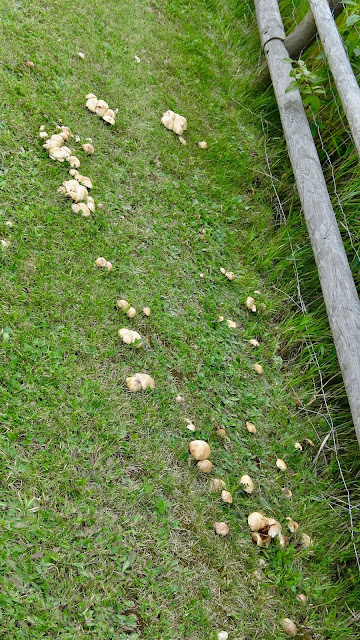