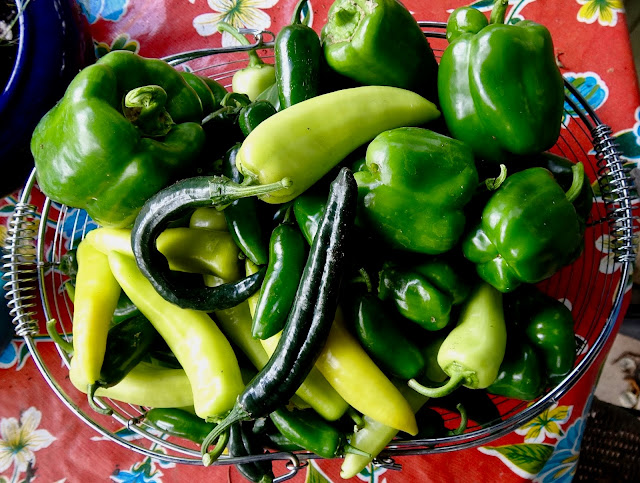 Yesterday I could see from our weather forecast that we were going to be getting a killing frost overnight (-5C, 23F).  I had harvested most of the fragile vegetables from the garden, and decided, since I don’t have any heat in the greenhouse, that I would just go ahead and pick the remaining tomatoes and chili peppers in the greenhouse.
The photo shows my pepper harvest.  I had Green peppers, Jalapeno peppers, Ancho peppers, Serrano peppers, some Hungarian Wax peppers, and others.  A few of them could have matured a bit longer in the greenhouse, had not the freezing weather intervened.  Some of these we will use in their fresh state, others I will dry for later use.


I see my painting of a previous year's peppers at:  davidmarchant.ca
Posted by Life in BC's Robson Valley at 08:50