The Hell of a New Computer 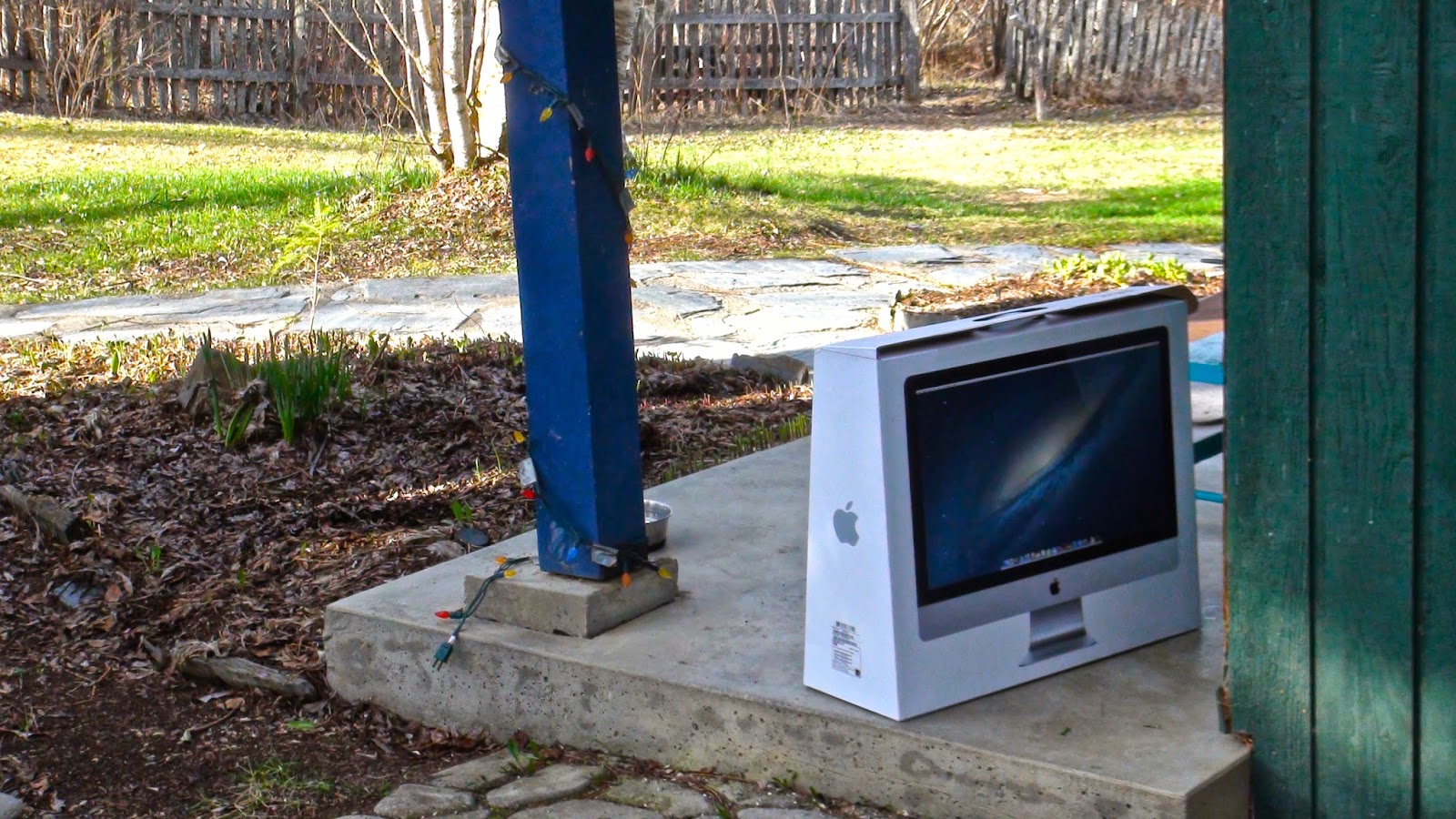 My old workhorse iMac was starting to bog down under the burden of all the information it was carrying around.  The second monitor I had hooked to it had ceased to work some time ago, squeezing my desktop with additional menus and windows as I did my work.  I was beginning to feel that itch to buy a new iMac with a larger screen that would give me more room on the monitor.  A couple of weeks ago I acted on that itch, laying down a stack of money for the latest and biggest new iMac.
It had been so long since I had bought the old one, that I had forgotten just how horrible it was to get a new computer to the same comfortable useable state as the old machine.  When the new one arrived, I couldn’t help but be impressed by the presentation that the packaging delivered.  Just as Steve Jobs insisted, everything was elegant.  I almost didn’t want to open the package my new keyboard came in because it was so beautiful, but of course, I did.
Once everything was out of the box, the frustration began.  I suppose if you only used a computer for things like browsing the internet and emails, it would be simple, but I had thousands of photos, hundreds of songs, and old programs (some of which were no longer supported) that I used for doing cartoons and publishing my website, so I knew that I might run into some problems.
The first problem I ran into was totally unexpected--the new iMac’s don’t come with a DVD or CD drive.  I couldn’t believe it.  I had stacks of DVD’s and CDs for saving my old photos and other information.  I immediately got out my credit card and had to order a DVD drive so I would still have access to all those old files.  Hopefully it will arrive next week.
I had already started to go through all my thousands of photos from my old computer to weed some out and save the rest to an external hard drive.  While I knew that there would be a system for getting files from my old computer to the new, I realized that the less there was to transfer, the better. The information that arrived with the new computer seemed simple enough, as long as both computers were on the same WiFi network, all that stuff could be transferred over the network--Great, sounds easy.
Well, my next problem was that the two computers couldn’t find each other.  I finally figured out that this was because the operating system on my old iMac was actually newer  and more up to date, than the operating system on my new one.  (I was keeping my old one up with all the latest versions, while my new one was sitting in a warehouse for a while.)  I figured my transfer difficulties could be solved by updating the operating system on my new one.
Thus, my next problem.  While updating an operating system used to mean putting in a CD, now it means downloading from the internet.  Up in the middle of nowhere where I live, we don’t have the fastest internet in the world, and the operating system was was huge, over 5 Gb.  When it started downloading and the little graph estimated the time for completion it estimated 22 hours.  Oh well, what choice do I have?
Unfortunately, something stopped overnight which meant starting over in the morning--a couple of times.  It took about 3 days to get the new operating system onto my new computer.
I gave a sigh of relief and tried once again to transfer all the information and files from my old machine to my new one.  This time they found each other and I was on my way--well I thought I was.
Because of the huge bulk of stuff that needed to be transferred, again I got a time estimate of between 18 to 20 hours.  Again, I shook my head and plodded on.
History repeated itself several times as overnight, something happened, stopping the transfer and for two days I had to start the process over repeatedly.  Finally, I decided to cut my losses and just transfer programs, and use an external hard drive to transfer files.  This I succeeded in doing.
Tomorrow’s blog--More problems.