It's A Small World 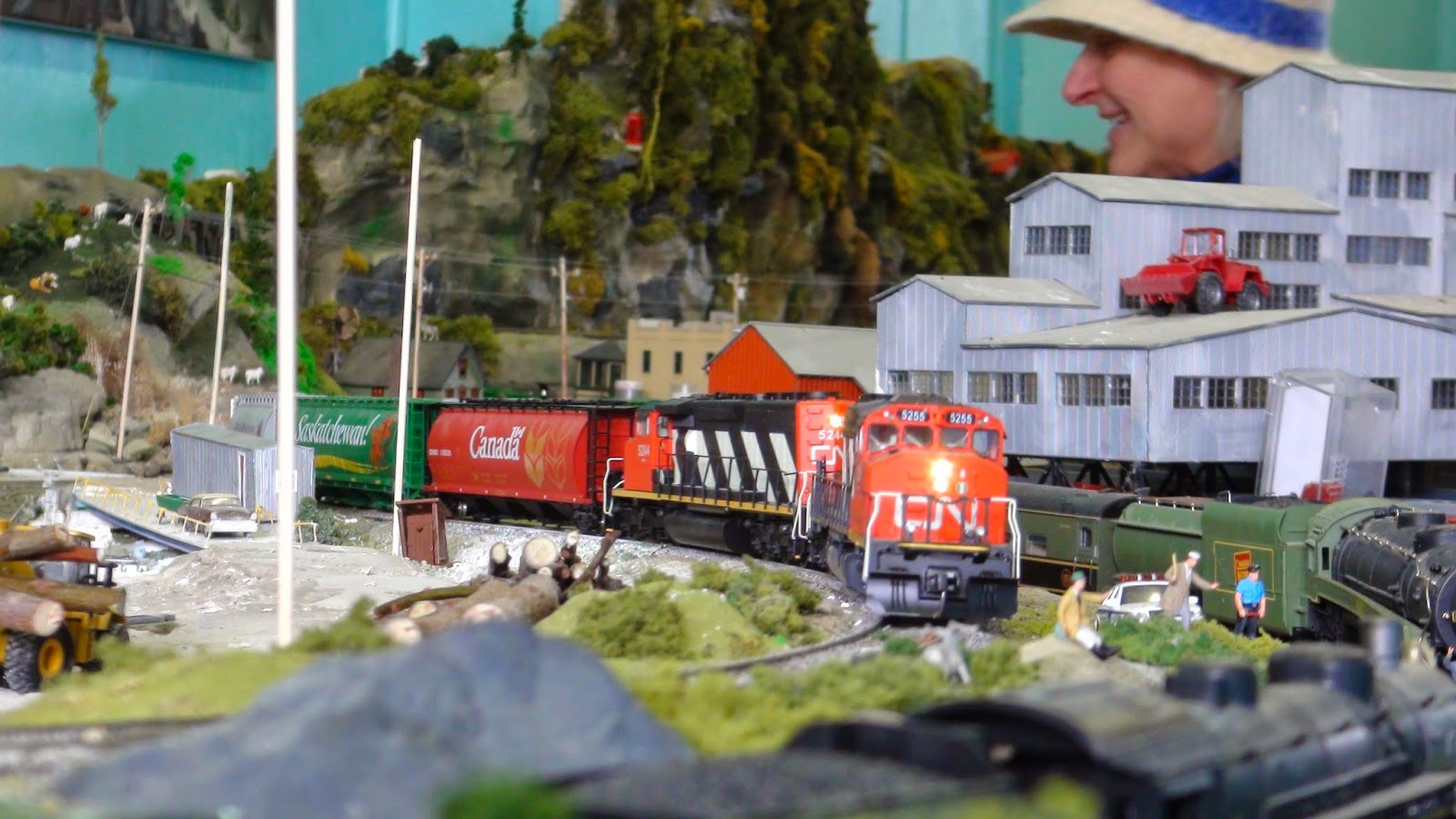 McBride has always been a railroad town.  A hundred years ago, it was decided that the Grand Trunk Pacific Railroad should push its way across northern Canada to Prince Rupert, BC on the Pacific coast.  As they worked their way through the mountains of BC, they created towns every so many miles apart.  McBride was one of those towns.
Since McBride is so tightly tied to the railroad, it is not surprising that there are a lot of railroad enthusiasts living here.  Some are railway workers, some are retired railroad workers, and some are people who just like trains and railroads.  It is also not surprising, that many of these guys have joined together to create a miniature HO gauge railroad in one of the back rooms of the McBride Railroad Station.  They have been quietly working away on their miniature railway world for several years, but I don’t think many of the public are aware of it.
Yesterday, to celebrate the 100th Anniversary of the driving on the last spike of the Grand Truck Railway, the miniature railway layout was opened to the public to view. 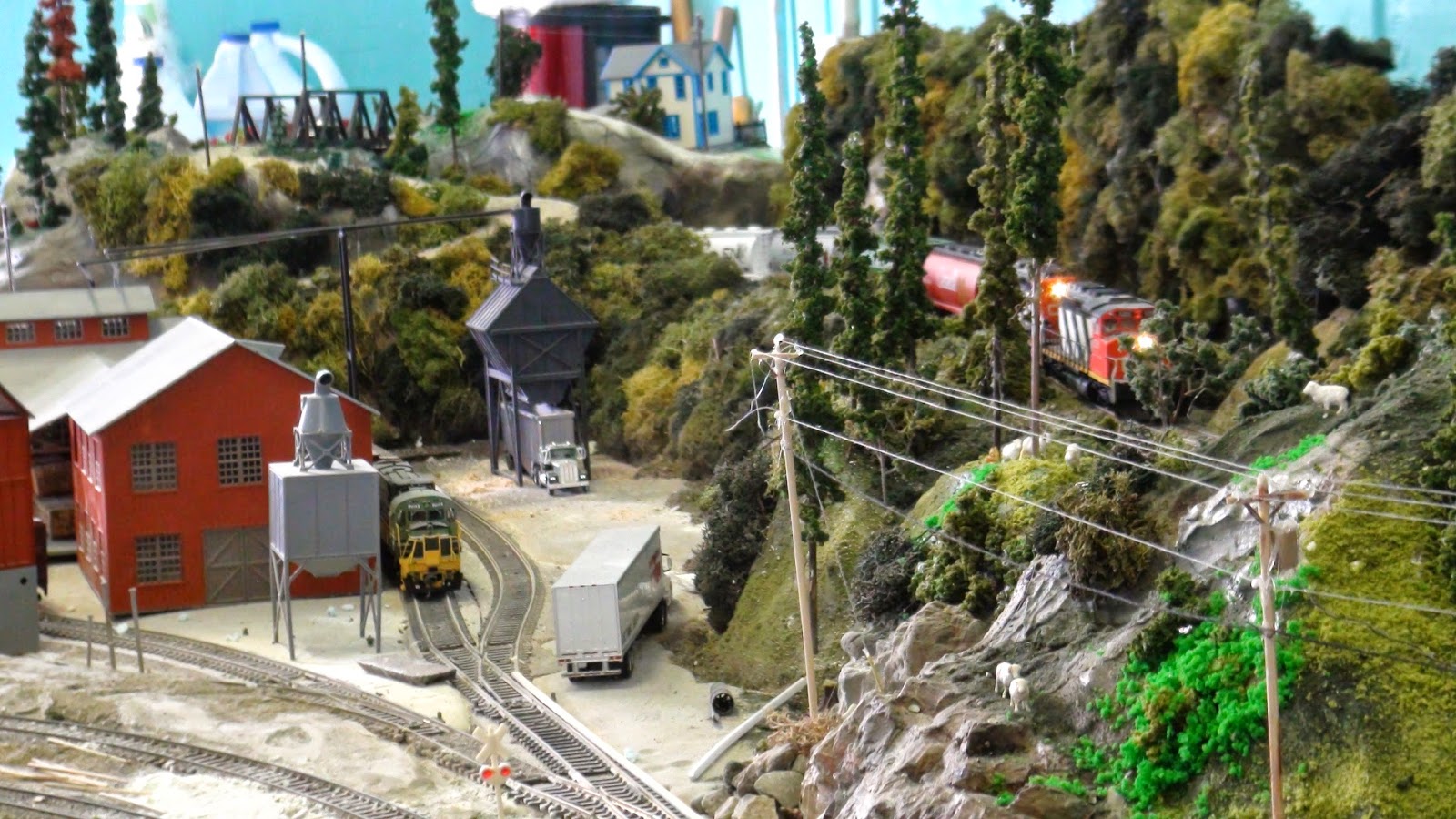