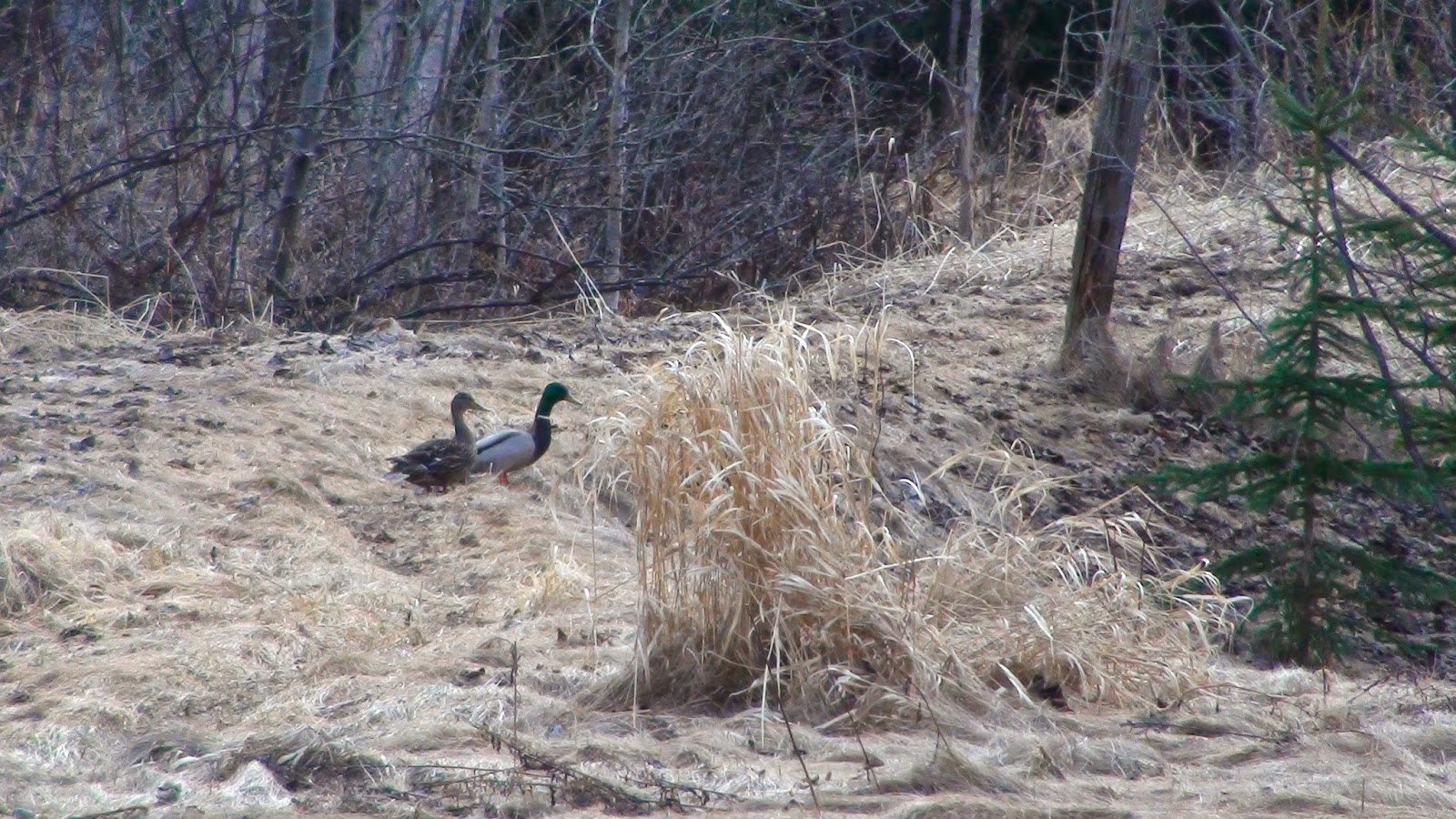 One fall in the late 1980’s I had a Caterpillar tractor come in and dig my pond.  Over the winter it slowly filled with water and in the spring, the ducks started to discover it.  It looked pretty raw, with bare clay and dirt surrounding the water.  I was eager to get some plants growing on the dam to make it look more natural.
At the time I had a small herd of angora goats, and had a lot of hay on the barn floor that I used as bedding for them.  That bedding usually had a lot of grass seed in it, so I decided to clean out the barn, and spread the bedding along the dam, hoping that it would start some grass growing.  I soon noticed that the ducks that were swimming around on the pond liked to spend a lot of time up on the dam eating something in the hay I had spread.
At first I thought maybe they were feasting on goat droppings, but later realized that there were a lot of oats, that my goats had wasted, in the bedding--that was what the ducks were after.  Being the softy that I am, I began to walk out to the dam every evening with a can of oats and spread that on the dam for the ducks to eat.  I eventually learned they really liked corn even more than oats, so for years now, when  the ducks arrive in the spring, I start throwing corn and oats out on the dam for them to eat.
I hadn’t yet begun the feeding this year, and yesterday I noticed this pair of mallards out on the dam looking around and wondering where the corn and oats were, so I scrambled out to the chicken house, filled up a container with grain, and took it out and spread it on the dam.
Of course, the ducks flew off when they saw me coming, but it didn’t take them long to return and start gorging themselves.