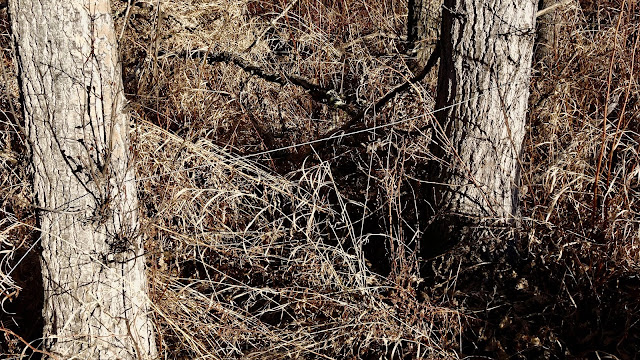 The other day when I walked our old trail that runs across our neighbor’s land, I cut through the bush to get to the river.  When I did this I discovered a wire strung between the trees.  About 20 years ago, when the property was being rented, the renter had a horse that had been boarded out.  For some reason he was no longer able to board his horse out and so he strung this wire around the perimeter of a field so he could keep his horse there.
The horse stayed there for a couple of months then was boarded out somewhere else.  The renter never did go back down to the field to take the wire down, so after all these years it remained, almost invisible and strung between trees.  A young deer or other wildlife could easily be killed or injured by running into the hard to see wire.
When I saw that the wire was still there, I decided I would cut it down, so yesterday Joan and I took another walk down the trail, and I took some wire snips and spent some time cutting the wire away.  On the way home I discovered some barbed wire on my property that could also cause a similar hazard.
We once had horses and I had strung it up, but after we got rid of the horses, I took down the barbed wire, except in a few places where it was up against a very thick grove of trees and bushes that were so thick I didn’t think leaving would create a problem, but in the 30 years since, many of those thickly growing trees have died and fallen over, leaving the wire exposed, so I cut that down too. 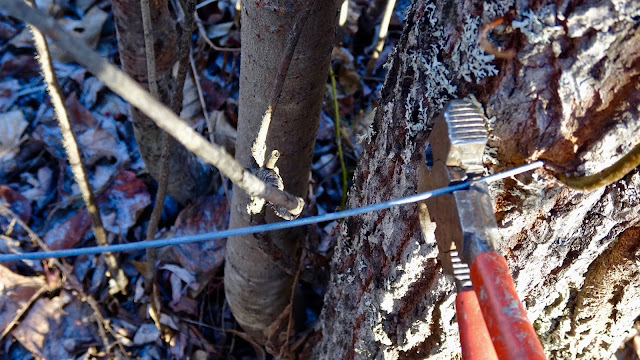 You can see my photo-realistic paintings at:  davidmarchant.ca