Driving Through a Storm 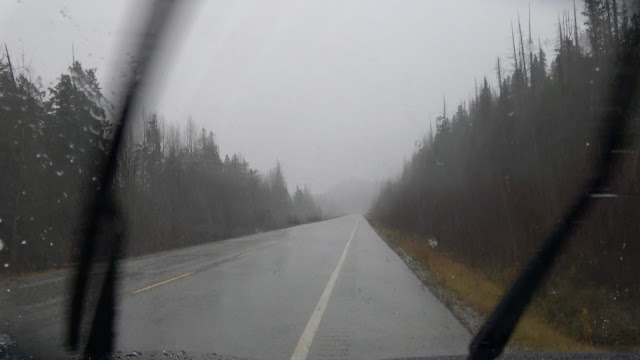 A lot of storms generated out in the Pacific, blow through the Robson Valley during the fall.  Lately we have been lulled into not thinking about them because of a stretch of unusually sunny mild dry weather, but it seems that  that system has now moved on, considering the storm Joan and I drove through yesterday afternoon, on our way back from Prince George.
As we headed down the highway aiming east for McBride, a dark, moody, charcoal sky faced us.  When we got beneath it and drove for a while, we were presented with a mist-like shower, which lasted for miles.  I chuckled to Joan about how the clouds looked so threatening, but all they were giving out were light showers.  We drove on.
Soon the storm showed us what it had; heavy rain, mixed with wet snowflakes.  Slush had even accumulated on the road.  We were surprised to see flashes of lightening with the rain/snow.  Some hail also came down in areas.  My GPS when into “Night Mode” because it was so dark.  By the time we got to the Slim Creek Rest area, an hour outside of McBride, things had calmed a bit, the snow had disappeared and we were getting just pure rain.
As we drove on the last leg of our journey, we began to see that beyond us, the clouds were broken and sunlight was putting on a patchwork light-show on the mountains.  The closer we got to McBride the clearer the sky became; we were out of the storm.
When we finally got to our road, which turns back toward the west, we could see the dark clouds of the storm we had driven through on the horizon, and figured it would only be a matter of time before it moved onto McBride.  An hour later nestled in our home, the sky darkened and the rain poured down. 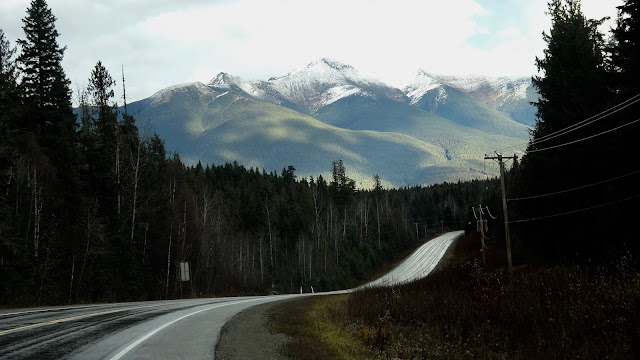 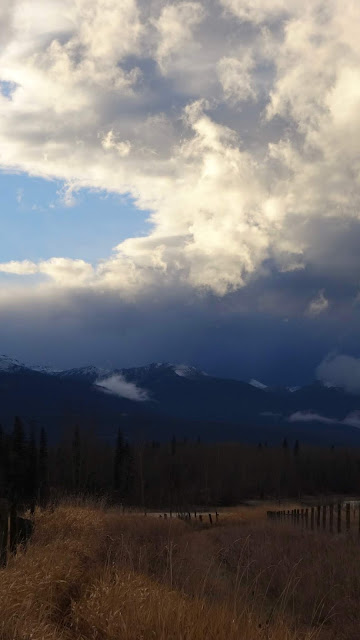 You can take a look at my paintings:  davidmarchant.ca