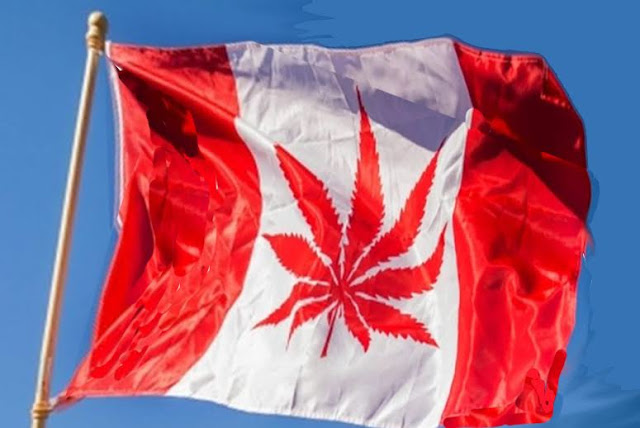 Well the day has arrived and pot is now legal in Canada.  We have had to suffer through days and days, and weeks and weeks, of hype and fear-mongering from the media about this day, but I am pleased to report that the Sun came up as normal, everything looks the same, and I am still sitting here at my desk like I do every other morning.
BC especially, has always been awash in marijuana, although underground, it was a major driver of the BC economy and it was widely available to anyone who sought it out, and over the last 10 years, it has been openly sold in stores in the big urban centers.  People could smoke it without a lot of worry, because the law pretty much turned a blind eye to it.  That being the case, I found it ridiculous, how the media recently went on and on about all the terrible things that were going to happen when it became legal.
People wrung their hands worrying, “What would happen to teenagers when pot became legal?” (like teenagers aren’t doing pot now).  “What about driving under the influence?”  (Duh, it’s been happening every day for years).  This assumption that somehow with legalization this substance would suddenly newly appear, drove me crazy.
The ridiculous thing about Canada legalizing pot is that with legalization, pot using will not become more free, it will actually become more restrictive, due to all of the new laws that the provinces have introduced.
Although I am not a marijuana user ( I don’t even drink alcohol or coffee), I have long supported the legalization of weed as a means to take money away from organized crime.  I am afraid that with all of the new restrictions now put on pot, organized crime will continue to have a huge market.  If taxes on pot are too high, criminals can undersell, and I’m afraid they will still have to teen market with all the high, age restrictions (19 in most provinces) that have been set.
One of the huge benefits of legalization will be that now scientists will be able to do all kind of studies on the effects of pot, which because of its criminalization, they had been prevented in doing.  There certainly seems to be a lot of evidence out there that grass probably has a lot of medical uses, especially to those that have severe epilepsy.
Another really positive thing about this legalization is that the Canadian government is now going to erase the criminal records of thousands of people, who in the past, had been convicted of having a small amount of pot.  These criminal records for something so innocuous as pot, have damaged so many people’s lives, much more than smoking the stuff would have done.
While I don’t see that today is going to change my life, I do believe that being more realistic about what is happening in society is always a good thing, and if it hurts organized crime that will be a big plus.  I welcome this brave step that Canada has taken.


My paintings are on display:  davidmarchant.ca
Posted by Life in BC's Robson Valley at 10:15