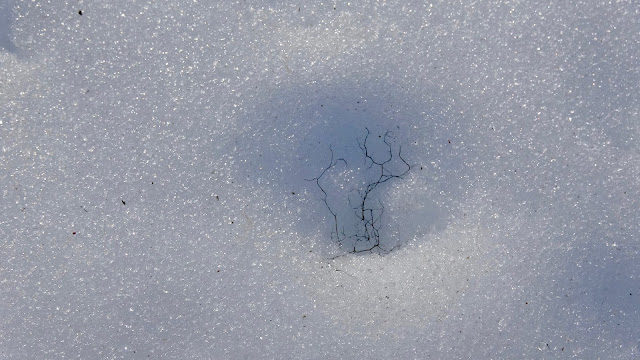 I have always been fascinated by the power of dark colors to absorb heat.  As a child I had one of those lightbulb-shaped things with a unit with little flags, inside sitting on a pin.  One side of the flags were white and the other black.  When you put it into sunlight, the unit would spin, powered by the difference in pressure caused by the the white and black sides of the flags.
The photo above shows a hair-like piece of lichen that blew down on the snow.  Because it was black, it absorbed heat from the sun, enough heat to cause the snow around it to melt, making a hole in the snow.  It’s incredible that such a tiny bit of black lichen could generate so much heat to melt a hole in the snow.
Below is a photo of a twig that did the same thing. 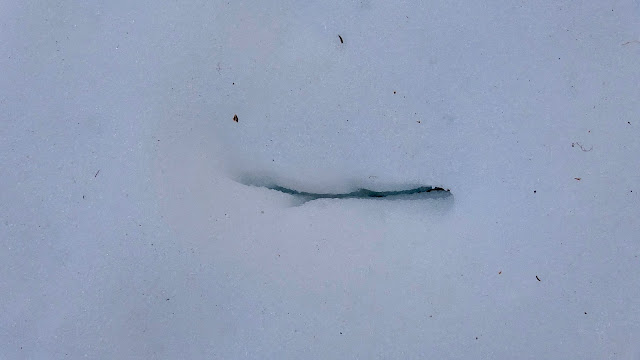