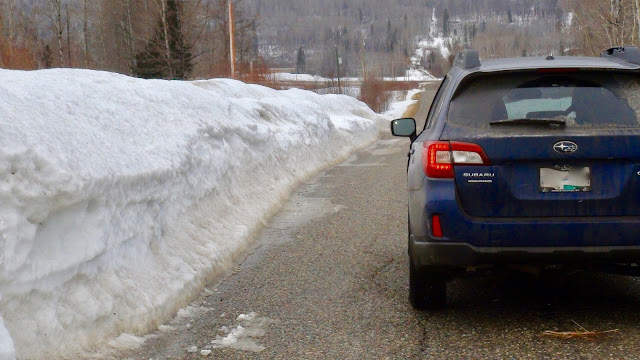 On January 19th I blogged about how McBride had made provincial news with its deep snow drifts after a storm.  The evidence is still around.  Yesterday while driving on Jeck Road we came upon this one section where road crews had had to use heavy equipment to clear a passage way though a deep snow drift that blocked the road.  While many of the fields that were swept clean of the snow now have bare sections, these areas where the snow had piled up will take quite a long time to melt.