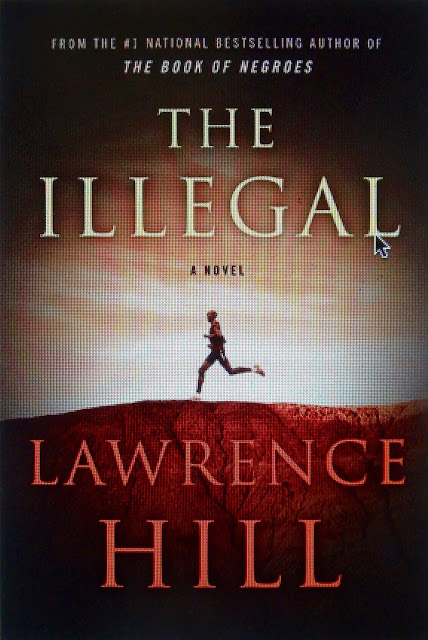 I listen to CBC (Canadian Broadcasting Corp) Radio daily.  It has been a constant companion for years.  Generally it is thoughtful, witty, and intelligent, but drastic cuts during our last federal government has forced it into some less than stellar programing.  One of those things that has deteriorated is something called “Canada Reads” that has come an annual feature in March.
Canada Reads started out as a discussion of Canadian books.  It has since become a reality show with trendy B or C grade celebrities from various walks of life and regions defending books and voting books “off the island.”  The books that are talked about are not necessarily the best Canadian books and the “winner” is certainly not the best of the best.  I try to avoid Canada Reads, but it is difficult, given the amount of time I listen to the radio and the fact that CBC now repeats most of it programs 3 times a day and their love of hyping their programs.
Unfortunately, another factor in all this is that last month’s McBride Library Book Club literary subject was supposed to be a Canada Reads book.  For the second year in a row, the book I chose turned out to be the Canada Reads winner, and for the second year in the row, I was not impressed.  This year’s winner was “The Illegal” by Lawrence Hill.  Below is my review of the book.

The Illegal by Lawrence Hill
To me, one of the most important things in a novel is believably.  It can be a far fetched story but must be written in such a way that I don't start thinking "this doesn't seem right."   I had doubts about this novel before I even began reading, for on the opening page there was a map showing the location of the story; two islands in the middle of the Indian Ocean.
The really huge island was the country called "Freedom State",  south of it was the smaller island, "Zantoroland."   I just couldn't buy the location or names. It seemed too contrived.   Freedom State was set up as one of the wealthiest countries in the world. It has a predominantly white racist population, whose number one concern was sending illegal black refugees back to Zantoroland, having forced the removal of black former slaves back there earlier.   Those blacks live under the rule of a brutal tin pot dictator.
The story centers on a black male named Keita, who lives with his journalist father and sister in Zantoroland. Keita trains to be one of Zantoroland's world famous marathoners. His sister leaves for America, having won a scholarship and his father is then killed by by the island's dictator.  Keita is able to get to Freedom State to run a marathon, then abandons his agent and goes underground to prevent returning to Zantoroland.
As the novel progresses, unusual characters are added to the mix:  a black lesbian reporter with a shaved head, in a wheelchair , a bright light-skinned black high schooler who wins $10,000 worth of video equipment in an essay contest and lives in the black ghetto in Freedom State where he has a job cleaning a brothel, a cute black female police officer who runs marathons, the white Minister of Immigration in the Conservative government of Freedom State, who also runs marathons, and an eighty year old white woman who is trying to prevent her sleazy son from putting her into an institution and stealing all her money.
When Keita's sister ends up in a prison in Zantoroland, he is threatened with her death by the dictator unless he pays $15,000, he is also threatened by the athletic agent who he has abandoned, owing $10,000 worth of debt.
The novel is basically about Keita trying to win marathons so he can make these payments while living underground as an illegal in Freedom State.
I found its numerous references to Canada, intrusive and unnecessary.  Even though the story takes place on Freedom State, the island in the middle of the Indian Ocean, Keita takes his girl to a Tim Hortons (a Canadian restaurant chain) for coffee, and at another point, a man watching the marathon was wearing a Tilley hat (a Canadian produced hat). Both of these things just seemed slotted in to the story for Canadian content, like the "product placements" found in films.

I found "The Illegal" too contrived for my tastes. I knew nothing about it when I began reading and I found just too many things not ringing true. It was a disappointment to me, and I found it embarrassing that it was one of the choices for Canada Reads, but then the whole "Canada Reads" thing, I also find embarrassing and contrived. Instead of being a discussion about good Canadian literature, it is just a reality show whose criteria for choice of novels must either be ethnic, or politically "trendy" rather than exceptional literature.