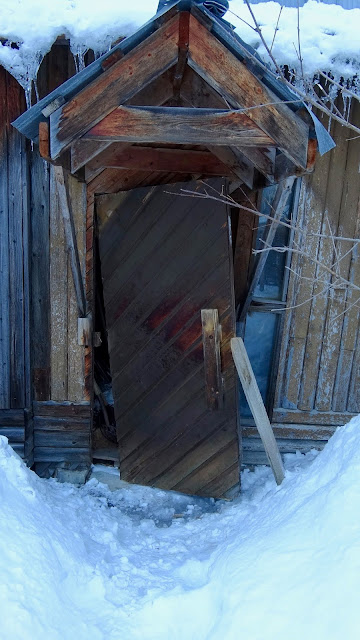 Look at my “all out of whack” door to my barn, now it is hanging on only one hinge.   There is a little concrete pad under the porch and the frost expanded the soil beneath it which pushed up on one side of the door with such force that it ripped two of the hinges out of the wooden frame that held the door.
In previous winters the frost pushed up, preventing the door from easily being opened or closed, and so I took a chainsaw and sliced off the bottom of the door so that it would open, but this year the frost heave is greater and seem to be mostly on one side.
I guess I have yet another job to do when (and if) Spring ever arrives.