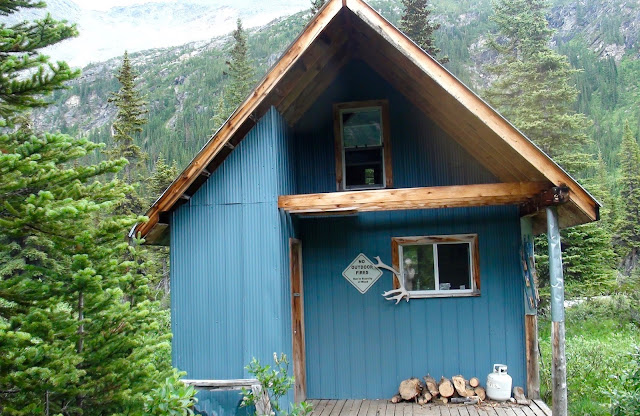 In 1991 the Ozalenka Alpine Club decided to build a cabin for hikers up in the Eagle Valley.  A couple of years earlier they had built one up in the Ozalenka awhich was a big success, used to overnight by people who had trekked up to that alpine area.  The cabins provide shelter, beds, propane cooking stove and a wood stove for heating in winter and on chilly nights.  Having such a cabin allows adventurers to spend time up the the isolated wilderness area without having to pack everything in on their backs.
You might notice that this cabin is covered with metal roofing.  It seems that porcupines love chewing on plywood and the metal is one way to prevent them eating holes in the walls.   The cabin is insulated and can be used after making a reservation with the Stanleys.  It and the Ozalenka cabin are popular and bookings are steady.
Like I said, it was constructed in 1991 using volunteer labor (I was one), donations from local businesses, and some grants and helicopter time from the Ministry of Forests’ Recreation Program.  Below is a photo taken during its construction.
We were pretty thankful to have the cabin on Sunday after hiking up and being bombarded by mosquitoes and pounded by a rainstorm. 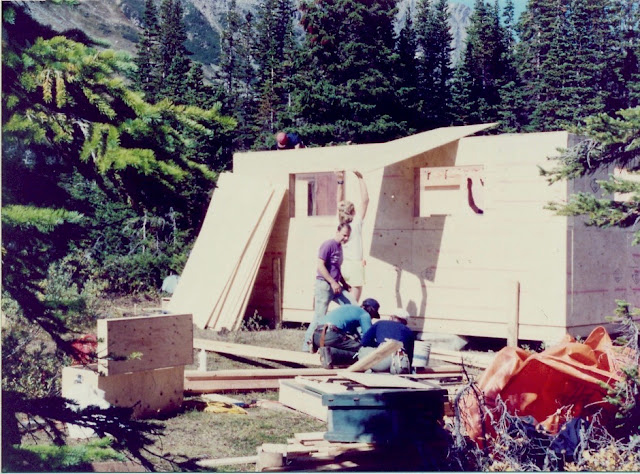 Look at my photo-realistic paintings:  www.davidmarchant.ca