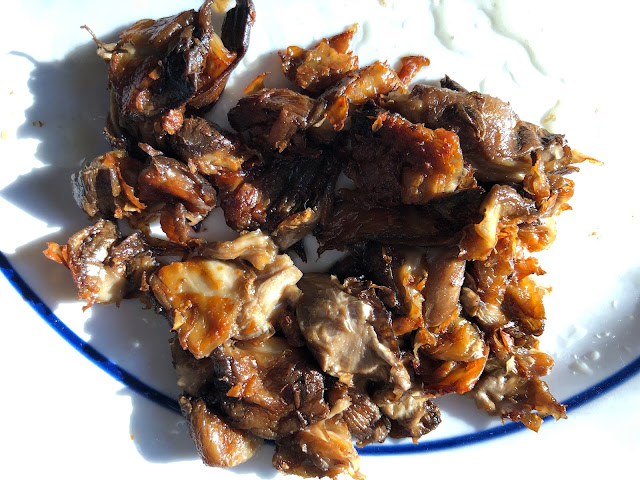 I vividly remember a day in botany class I had in university, when the subject was mushrooms.  The professor told about one kind of mushroom, that when eaten, nothing happens, then four days later, you die.  Yikes, I thought, lesson learned, be very careful about eating mushrooms.

Since moving to BC, I have on occasion eaten a few, easily identifiable, wild mushrooms.  Mostly Shaggy Manes and Morels, but remembering the university lecture I am very careful.

Last fall some giant mushrooms appeared near my barn.  After some research I determined that they were “The Prince”, a very desirable and sought after, edible mushroom that is easily identifiable.  I didn’t try eating any last year because they were already sort of old, but they came up again this year and yesterday I fried one up in butter and ate it.   It was very tasty.

I realized I haven’t waited four days to be absolutely sure it won’t kill me, but I am confident I will live.  The Prince has a distinct look and doesn’t have anything really close that is similar.

Below is a photo of what “The Prince” mushroom looks like: 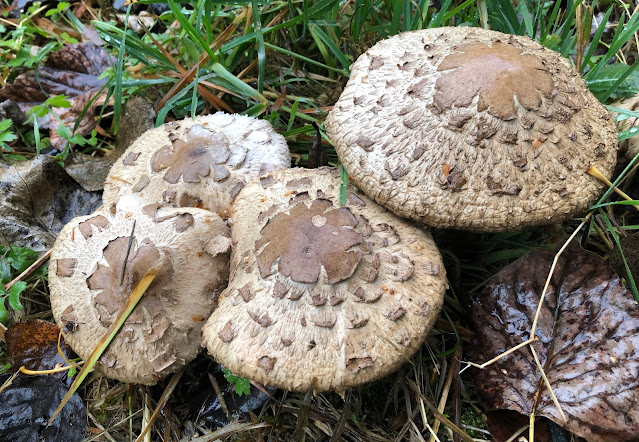 View my paintings:  davidmarchant2.ca
Posted by Life in BC's Robson Valley at 09:18