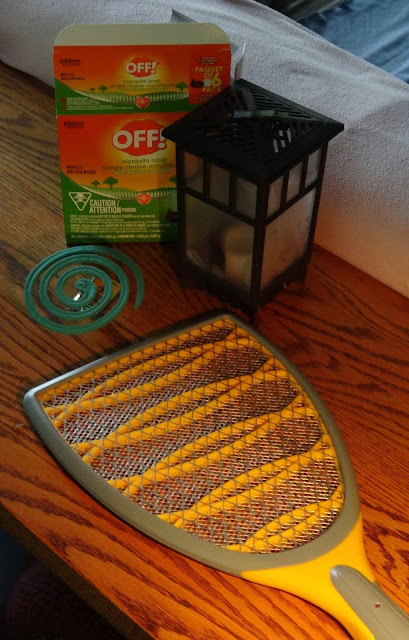 Remember back in March when there was a run on toilet paper and the store shelves became empty?  Well a similar thing is presently happening with Mosquito repellant products in the Robson Valley.  For the last few weeks the mosquito population has exploded and the store shelves have been emptied of anything that will keep the pests away.
A few of weeks ago, when we stopped in at the hardware store to replenish our diminishing stocks of repellent there was nothing left to buy.  We were told that the truck was coming in on Friday, so we returned to the hardware store on Saturday, but we were already too late, again, the shelves had already been emptied.  We tried again Wednesday with similar results.
Yesterday we had an appointment in Valemount, a village an hour away.  Since Valemount has a  drier climate, I thought we should check out their hardware store, thinking that their mosquito problem was not as bad as ours, and maybe we could pick up some repellant there.  When I got into the store and asked where the mosquito products were, the clerk just laughed at me and pointed to the empty shelf.  The Valemount drug store didn’t have anything available either.
We are planning a trip up to “Big City” Prince George next week and I guess we can try there, but it might be that we will just have to suffer until the mosquitoes finally disappear on their own.