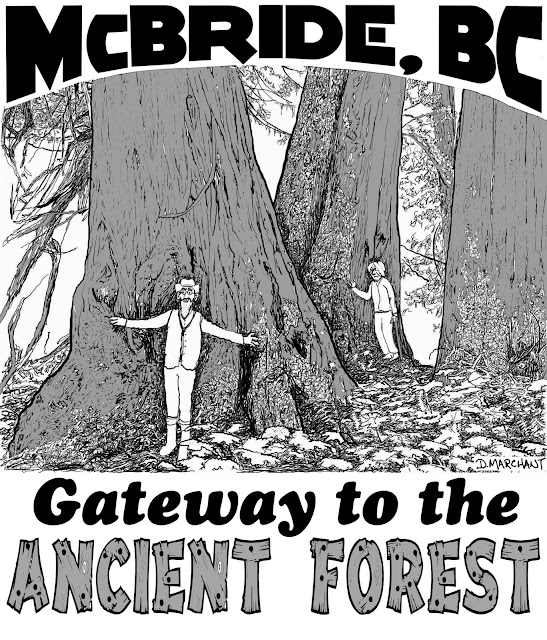 About a month ago I was asked if I could come up with an image of some old people in the Ancient Forest with the wording “McBride, BC, Gateway to the Ancient Forest”.  The thing was to be used to promote McBride on T-shirts.  After a couple of weeks of thinking about it and a few days of drawing the idea out, this is what I came up with.
I used some of my many photos of the Ancient Forest to draw the big trees and then added the figures of old people.  Some thought the leaves were Maple leaves, but anyone who has spent much time in the Ancient Forest might recognize them as Devil’s Club, a really nasty spiny plant that grows in abundance on the dark moist forest floor.


You can view my paintings at:  www.davidmarchant.ca
Posted by Life in BC's Robson Valley at 10:01