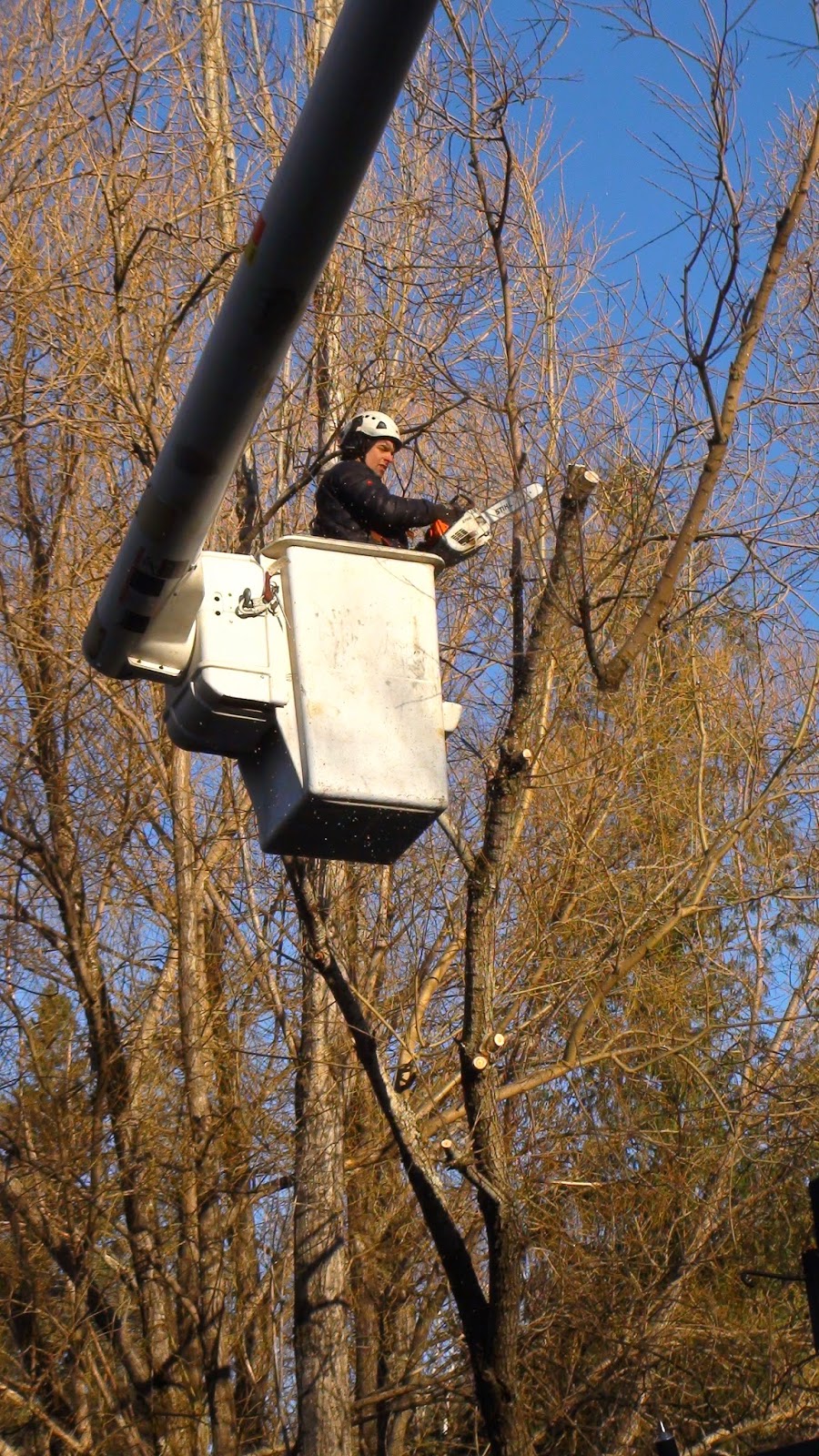 Yesterday I wrote about making the hard decision to have our willow trees cut back.  For two days the huge white truck, pulling the muscular wood chipper, carefully maneuvered itself down our narrow, tree-lined driveway.  Out jumped Brendan Taylor, owner of The Source Tree Service, with Chris and Ivan, his two ground crew helpers.   Soon Brendan was high in the air, chainsaw in hand cutting branches off of the willows, as Chris and Ivan bucked up the bigger branches into firewood and shoved the smaller branches into the powerful jaws of the wood chipper.
I was very curious as to how Brendan would deal with the limbs hanging over my roof.  I spent the whole day watching how he worked.  The idea seemed to be, cut off chunks small enough to be handled, which were then thrown onto safe areas of the yard.  The bigger and heavier limbs where tied up, cut off, then carefully lowered by the rope to his ground crew.
Watching Brendan on the boom was fascinating.  He had to be constantly thinking and figuring out the sequence of which branches to cut when, so that he could maneuver the boom through the maze of branches.  I was totally surprised at just how tall our willows had grown.  At times I doubted that the huge boom would lift Brendan high enough, but he always managed to get himself into a spot to deal with the top of the trees.
I watched as, little by little, the willows were brought down to the height I wanted. 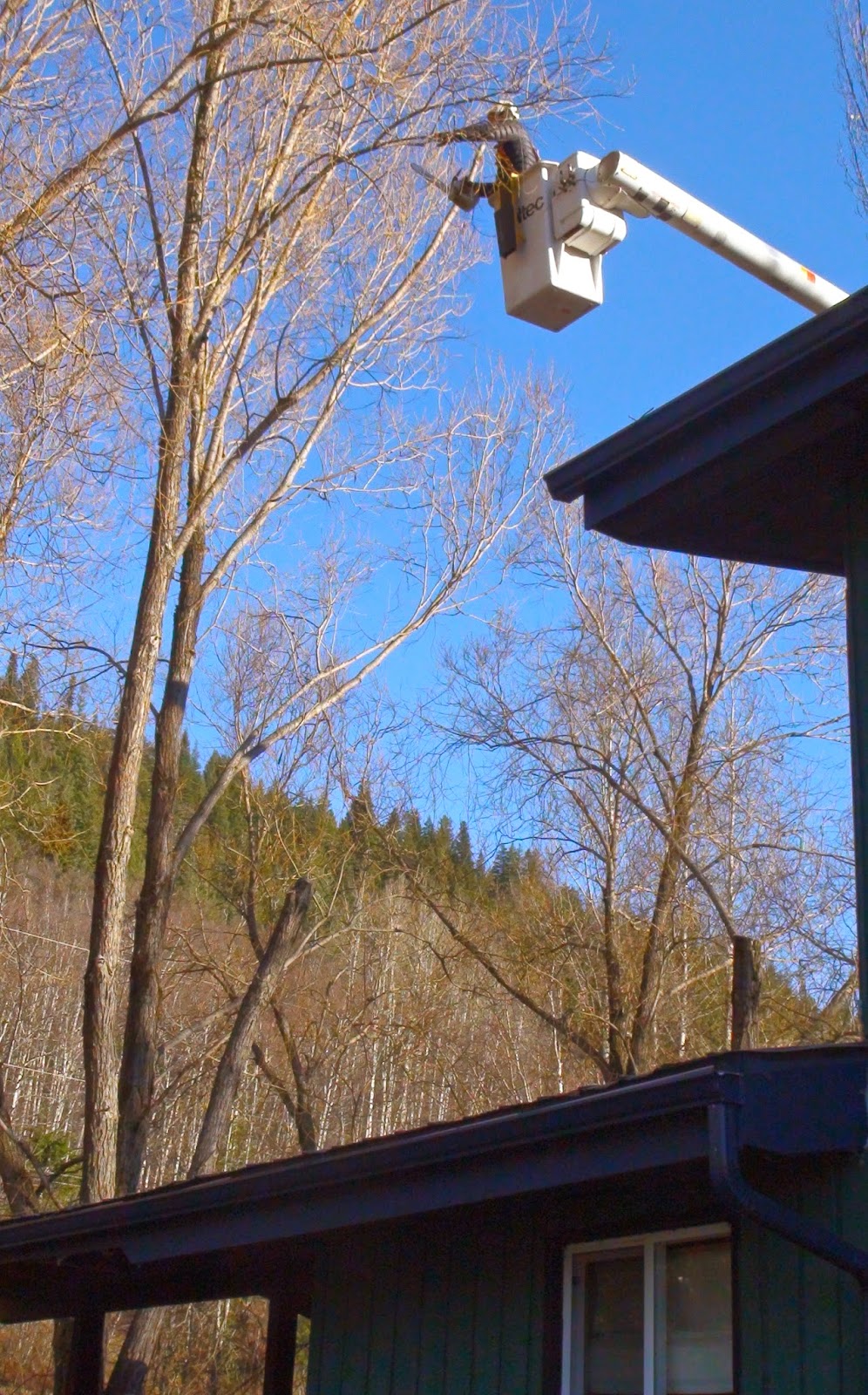 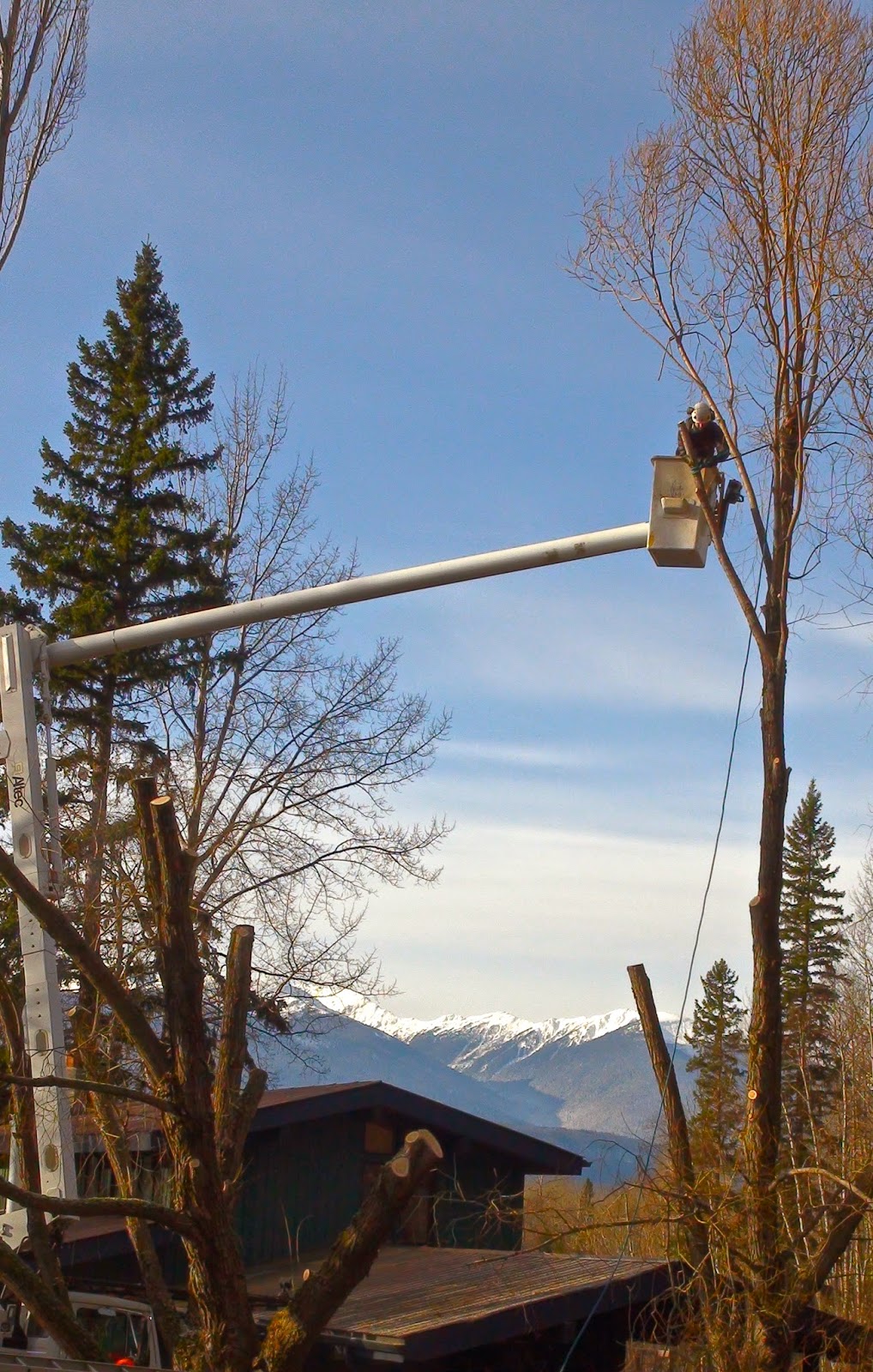