The Sojourner by Marjorie Kinnan Rawlings 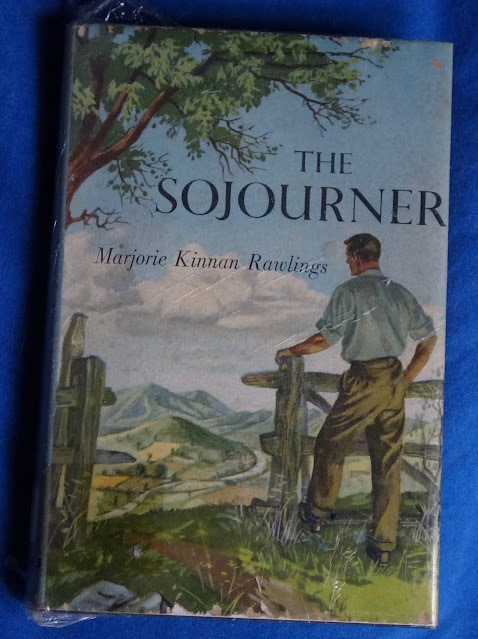 The Sojourner by Marjorie Kinnan Rawlings

This novel follows the life of Ase Linden an American farmer, from the mid-1800’s to about 1935.  The story opens with Ase in his late teens, Ben his older brother, and Amelia his mother, as they return to their farmhouse after burying his father.   The father had been a brutal and abusive man and no one in the family is sad about his death.

Ben, the older brother is a spirited soul who everyone loves, particularly his mother.  Ase, on the other hand, is awkward, has a hard time communicating his feelings, and is disliked by Amelia, his mother.  With the death of the father, Ben sees his chance to escape his overbearing mother and the farm, and he confides his plan with Ase, then takes off.  Before leaving he tells Ase to marry Nellie the neighbor girl, who Ben had been courting.

Upon Ben’s departure, Ase is left to run the farm.   His mother is spiteful and verbally abusive toward Ase, blaming him for Ben’s departure.    Ase does work up the nerve to ask Nellie to marry him, and surprisingly she does. Amelia tells Ase that Nellie must be doing it because Ben made her pregnant, but that turns out not to be the case.

Ase really has very few friends.   The friends he has are all outliers in the community:  There is Mink an old Native American trapper, Tim an alcoholic fiddler, and the band of Gypsies, who periodically camp at the farm.  Amelia, hates them all, and Nellie tolerates them, but they bring wisdom and joy to Ase’s hard life.

Ase works, dawn to dusk, and makes the farm a success.  Nellie is a hardworking and very productive wife, dealing with all of the products the farm produces.   Amelia the mother, does next to nothing, but always expects a lot and demands that a third of the farm is hers and a third belongs to Ben’s, even though he has disappeared and doesn’t even write, and the final third is Ase’s who is doing all of the work.

Through the years, children come, but they, like Amelia the mother, are disrespectful and unloving to Ase, and interested only in money.  As she ages, Amelia becomes more bitter and disjointed from reality, blaming Ase of keeping Ben from sending letters, and she keeps farm ownership and two-thirds of the profits that rightfully should belong to Ase, who could use it for his family.

I found The Sojourner to be a really intriguing taste of Americana.  It gives the reader an accurate sense of all of the hard work involved in farming and processing the food that is needed for the winter.  The villainous characters, like the mother and children, were well developed, and generated a lot anger in the reader.   Ase’s character, with his overly righteousness and forgiveness personality, create in the reader, a lot of frustration when he doesn’t demand those things that are rightfully his.

It is a great read, published in 1952, that is now difficult to find, since it has long been out of print.  That is too bad, since it is such a well written and interesting novel that a lot of people would enjoy reading . You can tell from the cover of my copy that it is pretty old.  I got it from my mother who recommended it.