Story Along the Groeneveld Trail 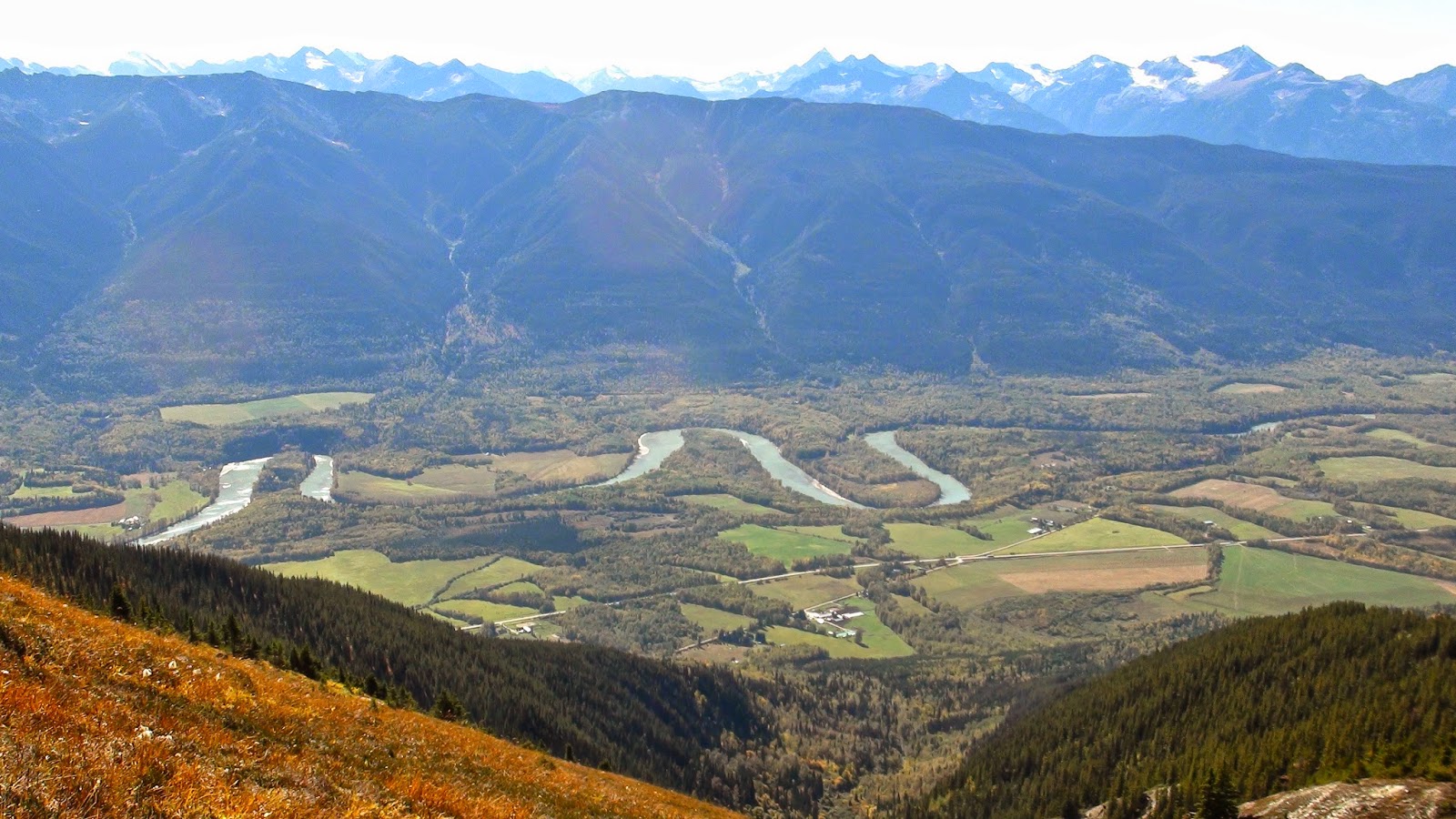 On Sunday, I joined a handful of other hikers to slog up the Groeneveld trail.  The photo above is a view of the Robson Valley taken from up on the mountain.
One of the things I always enjoy when doing a hike with others, are the many stories and experiences that are shared as we climb and rest ourselves, slowly making our way up the side of the mountain.  Hiking the Groeneveld trail gave me a chance to hear a really interesting story that is associated with the trail.
I am not sure when all this occurred, but my guess would be it was in the 1960’s.  It seems an official with BC’s Agriculture Department was flying over the Robson Valley, and noticed the vast area of lush alpine sitting up on top of the mountains.  He figured it would make excellent pasture for sheep, so he organized local farmers and convinced them to hike their sheep up to the alpine to graze for the summer.
A caterpillar tractor was hired to make a path of sorts up the slope as far as it could, and the farmers then herded their sheep up the grade.  (I pity those poor sheep, it was a really long steep incline, that had me questioning my sanity, as I was doing the hike.)  At any rate, they got the sheep up to alpine  and helped set up camp for a couple of sheep herders, who were hired to stay and look after the sheep through the summer.
Then one night, back down in the valley bottom, a local farmer was awakened by loud yelling and pounding on his door.   He opened it to find the shepherds, who in a panic, told him, “There are grizzly bears running around all over,”   The shepherds hadn’t wasted any time leaving the sheep and skedaddling back down to safety.
The next day the farmers made their way up the mountain to see what was going on.  There they found corpse after corpse of mutilated sheep and carnage scattered all around.  Thus ended the alpine sheep experiment.  One of my companions, who was telling me the story, said that later that summer a few surviving sheep managed to make their way back down to the valley bottom after their sad ordeal.


You can view my paintings at:  www.davidmarchant.ca
Posted by Life in BC's Robson Valley at 09:06