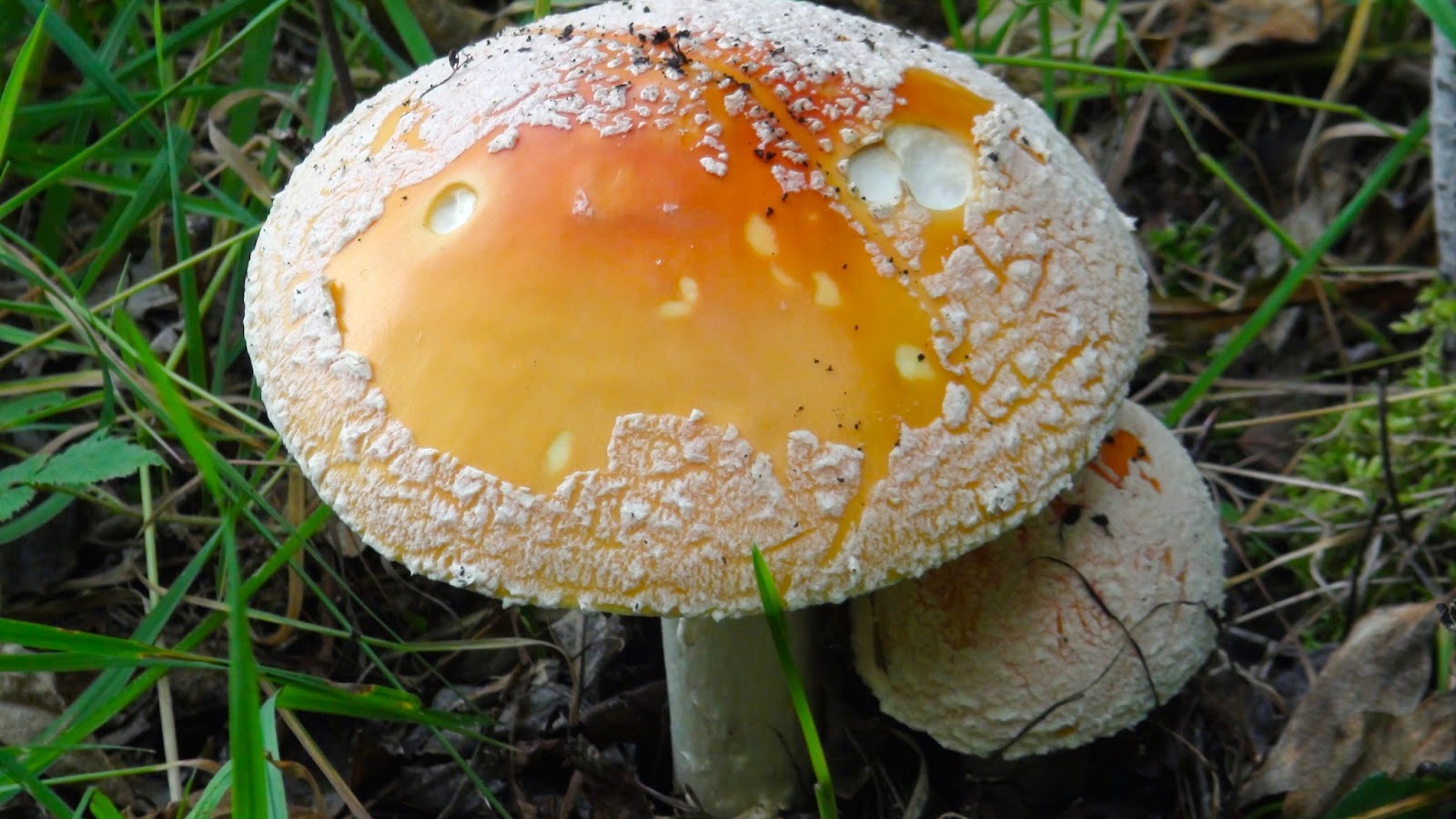 A couple of weeks ago, we spotted this beautiful mushroom growing beside the trail.  I think it is an Amanita muscaria, var. formosa, which is considered poisonous.  I was thus pretty surprised a week later when I saw a chunk taken out of of the mushroom and discovered it lodged up against a tree branch drying (photo below).  I realized it was probably done by a squirrel.
I had first run into examples of squirrels drying mushrooms in a pine forest when I was timber cruising back in my BC Forest Service days.  I kept finding mushrooms up in the branches of small trees, but this is the first one I have seen close to our house, and the fact that it is a poisonous variety, made me scratch my head.
I know that poisonous is species dependent, for example chocolate is supposed to be poisonous to dogs, but is good for humans.  Maybe these Amanita are not poisonous to squirrels. 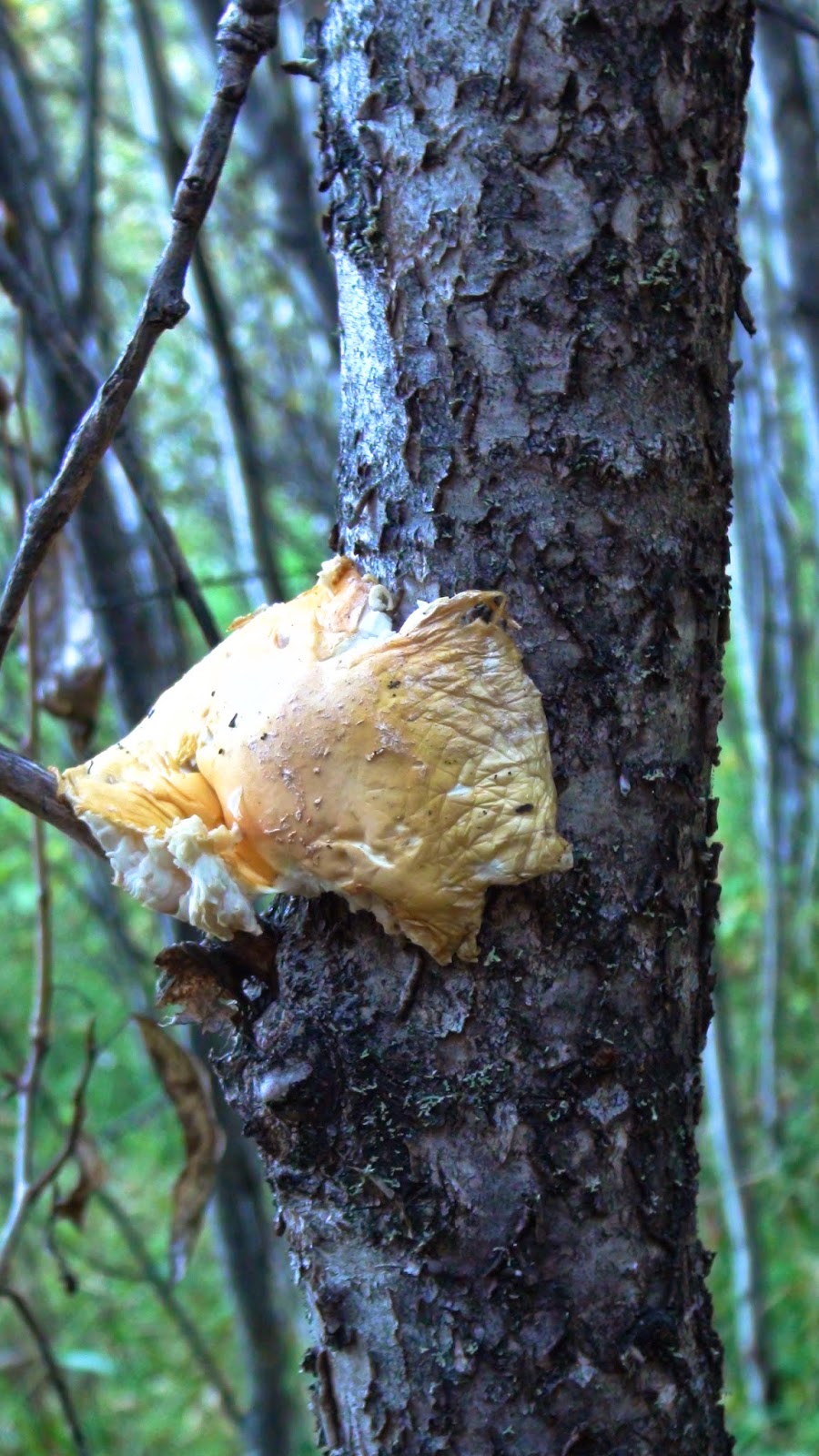 To see my paintings, go to: www.davidmarchant.ca