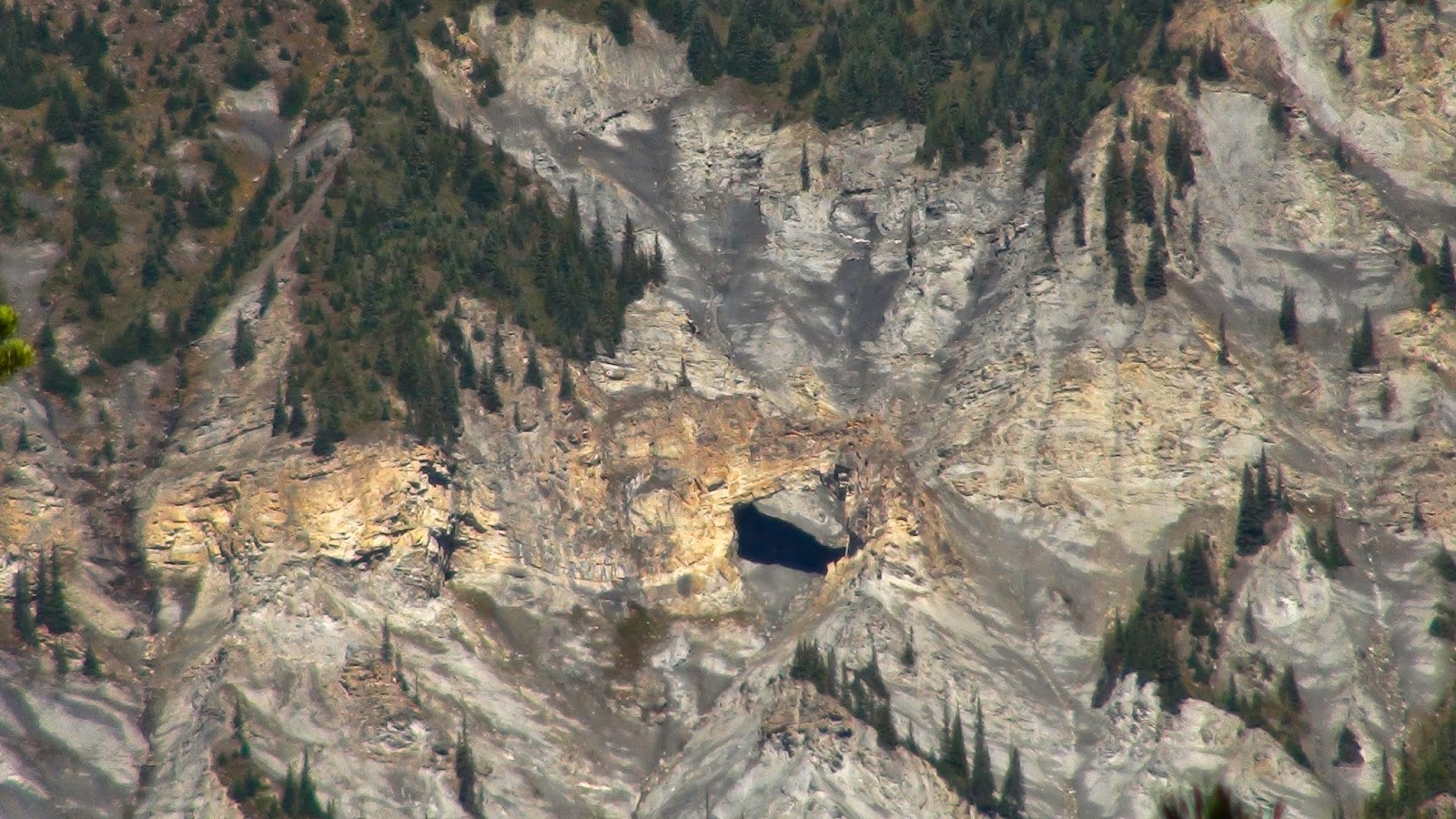 I was very excited back in the late 1970’s to hear that the Robson Valley had a natural rock arch.  It could be seen way off in the distance from one spot along Hwy. 16, east of Holliday (Baker) Cr.  I have always thought that it was too bad that, because of the way it is situated, you couldn’t see the sky through it, but only a rock face, which often made it difficult to distinguish.
Yesterday I joined some others in a hike up the Groeneveld Trail.  The trail goes up (“up” being the most descriptive word), the slope on the east side of Holliday/Baker Cr.  In a couple of places along the trail we were treated to a view of the natural arch.
I think it was in the 1980’s when I finally got the opportunity to hike up the Natural Arch trail.  It was a really tough hike, and at the top, I was disappointed to discovered that it was extremely difficult to get close to the arch because of the severe slopes that surround it.  All I was was able to get were some photos as we hiked beside and above it, but I was never able to get very close to it.  Of course, it still is an interesting natural feature, even when seen from afar.
Here are some of views of the arch taken from a couple of vantage points along the Groeneveld Trail. 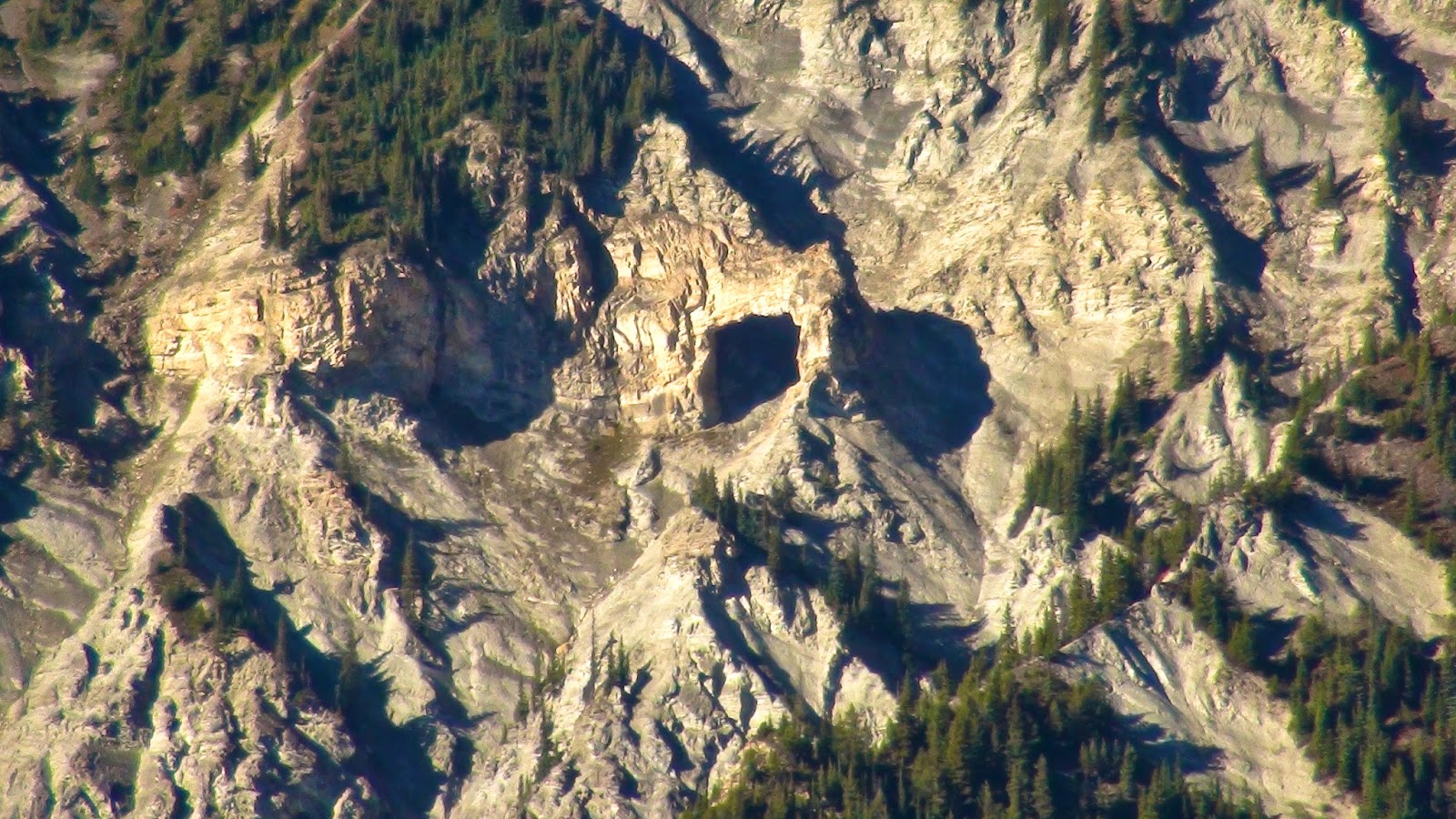