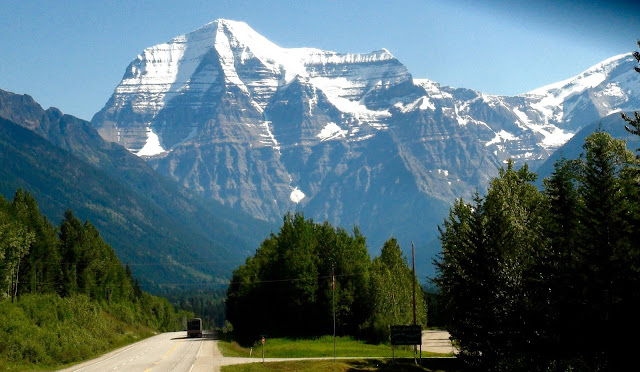 It was probably in the summer of 1974 when Joan and I first turned the curve on Highway 16, about 8 km (5 miles) east of the junction with Highway 5, and were suddenly confronted with the spectacular view of Mount Robson, highest peak in the Canadian Rockies.  Making that curve is one of the most dramatic views of any mountain I have ever seen.  You cannot see Mt. Robson until you round the corner, then suddenly it is in your face.
Yesterday I had to take Skye to the Vet in Valemount to get her teeth scaled.  The procedure was to take 4 hours, and I didn’t want to hang around Valemount all that time, so I decided to just make the short drive to Mt Robson Provincial Park, and take a hike up to Kinney Lake.  I invited Alec, a friend, to join me.
More often than not, the peak of the massive mountain is obscured by cloud, but yesterday has hot and clear.
Even though I had made the turn a hundred of times, and probably stopped to take a photo of Robson each time, I couldn’t help to do it again yesterday.
The photo below shows the parking area, as we prepare to begin our hike up to Kinney Lake. 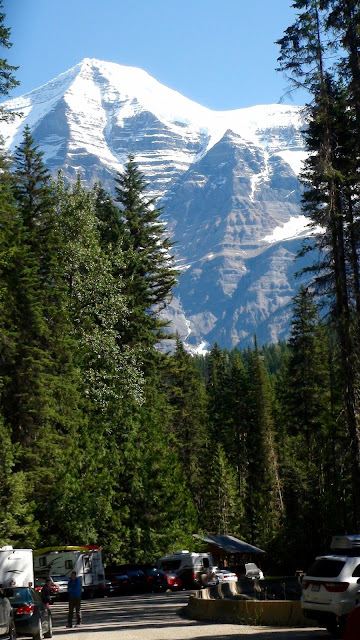