The Election and an Elk 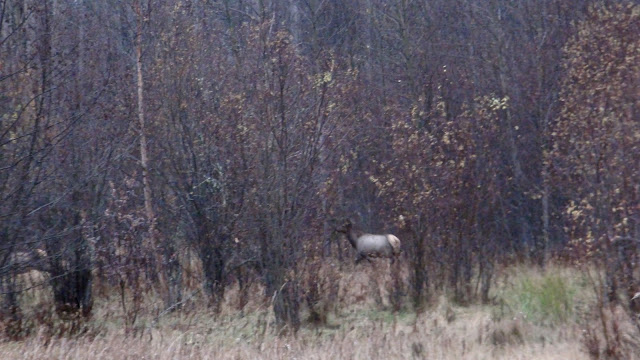 I blogged yesterday about how nervous I was about Canada’s election, well I am breathing much easier today--The Harper Conservative Government has been replaced by a Liberal government.  Hopefully now I can once again become proud of my country and it will regain the respect that it lost over the last 10 years.
Yesterday was also significant for me because I was the first time during the 38 years I have been living here that I saw an Elk (more properly a Wapiti) on our property.  For our first 15 years of living in the Robson Valley there were no elk, then slowly they immigrated in, much to the chagrin of farmers who suddenly saw their hay crops disappear.
About 4 years ago I saw a herd walk through my neighbor’s property, but this was the first time I saw them on mine.  There were about 10 of them, who immediately took off when we appeared from walking around the pond.  Spotting wildlife has always been one of the charms of living in the bush.