The Fog of Fall 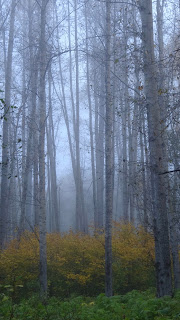 Besides getting the beautiful yellow leaves, Autumn also often brings morning fog to the Robson Valley.  Fortunately this morning fog generally burns off quickly as the Sun climbs over the mountains and begins to warm the Valley floor.  Since we generally don’t go anywhere and stay at home, the fog really doesn’t present any problems except for giving a gloomy feel to the start of the day.

There was a fog most of the way to Prince George, when we made the drive on Wednesday.  It blanketed PG for most of the day.  It was nice to return to a beautiful clear blue sunny day when we got back home to the Valley.

Prince George does have a problem with fog.  The town itself is located in a bowl beside the Fraser River with lots of steam coming off of the pulp mill, and it can take a long time for their fog to disappear.  Even though the Prince George Airport is located higher on land land above the bowl, fog can be a persistent problem for those people waiting to catch morning flights out.

This has happened to us more times than I care to remember.  We did most of our international traveling starting with a very early flight out of Prince George in the Autumn.  The fog would delay the first leg of our multi-leg flights, often for hours, causing us real problems in trying to catch the later flights we needed.   We have learned to avoid early morning flights out of Prince George in the Fall. 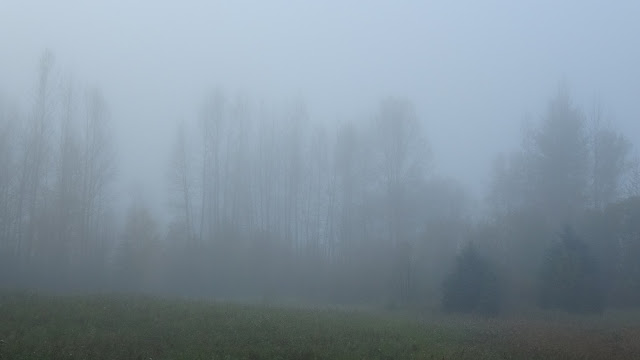