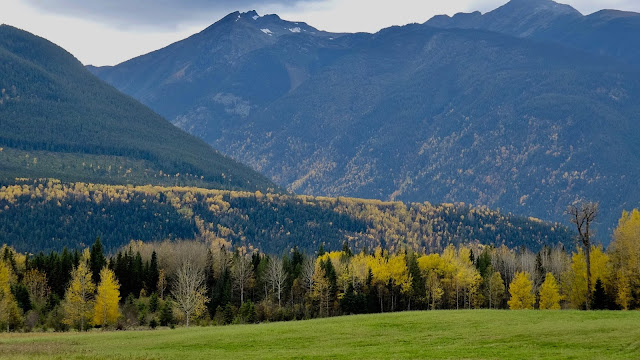 The valley behind that row of yellow trees on the ridge is known as both Castle Creek and also Cottonwood Creek.  One of the things that caused me a lot of confusion when we first moved to the Robson Valley was that a lot of the creeks and rivers had two names.

I would hear someone talk about the Blackwater River, then look on a map to see where it was and not find it anywhere.  Over time it eventually dawned on me that most of the area drainages had two names:  an official name and a local name.

Here are some examples (official name is on the left):

If you are curious about any Robson Valley place name you can find the history behind it at: