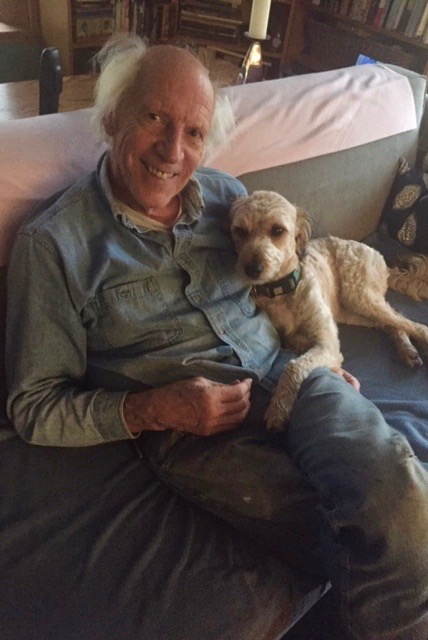 We have a dog!  We are calling her “Kona” after the dry-side of the Big Island of Hawaii.  She doesn’t have anything to do with Hawaii, but the sound “Kona” was part of her original name (Nacona, which is a cowboy boot) and we would rather have a dog named after Hawaii rather than a boot.

Kona is leggy, lanky, and vertical, a two year old “Bordoddle,” (Border collie/poodle mix) one of those trendy “designer” dogs that are very popular, and usually come with genetic problems.  Kona has hip problems, but her previous owners were very conscientious about treating it.  They had to give Kona up because of problems with their new baby.   We were happy to adopt her into our household.

We had an interesting first night with Kona.  At 5:00 AM our smoke detector decided to beep periodically to warn us that the battery needed changing.  The high piercing sound of the beep scared Kona.  When I got up and turned on the light to dismantle the smoke detector, and saw that Kona was just standing there trembling.  I coaxed her into bed, and petted her to get her calm.

It worked and eventually she was lying tightly beside me, her head resting on my arm.   It was nice, except that after a while I had to change position, but she remained stuck tightly to my side.

Then Lucifer our cat decided to join the Love-In.  She had been snarly at Kona previously, but the bed seems to be a safe-zone, and soon Lucifer was purring on one side of me and Kona snuggling on the other. 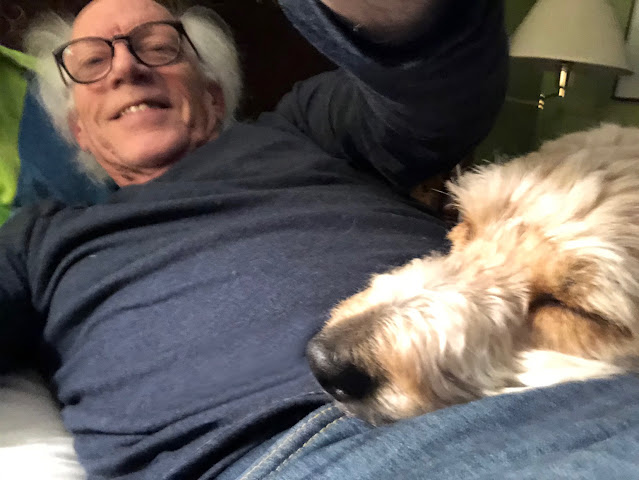