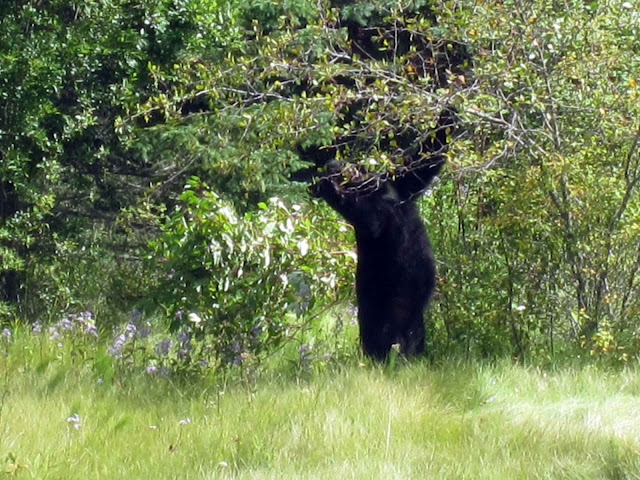 What a coup for my blog; a friend sent me photos of a Sasquatch that he saw yesterday.  For years people have questioned the existence of such a creature and sought photographic proof, and here it is.  Normally one would expect to find such proof in supermarket tabloids like:  Enquirer, Globe, or Weekly World News, or find it online at such evidence-based sites as Alex Jones, Sputnik, or Qanon, but fortunately my friend sent these remarkable Sasquatch photos to me.
In the past, the Sasquatch or “Bigfoot” has often mistaken for black bears, but black bears have thick, black fur, unlike the Sasquatch you see in the photos, and black bears only stand upright when they are gathering berries off of tall bushes, not when they are walking around.
My friend asked that I not give the location of this Sasquatch sighting, because he doesn’t want to be overwhelmed by an influx of scientists doing studies, or sightseers wishing to take selfies with the Sasquatch.   In June of 1976, twelve people saw another “Bigfoot” near McBride.  I am sure that UFO and Elvis sightings have also occurred in the Robson Valley.

I can’t believe it, what scoop for my blog. 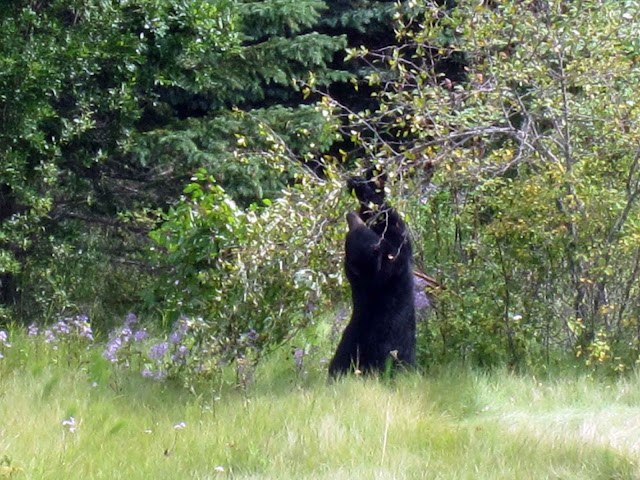