The Conspiracy to Wake Me at Night 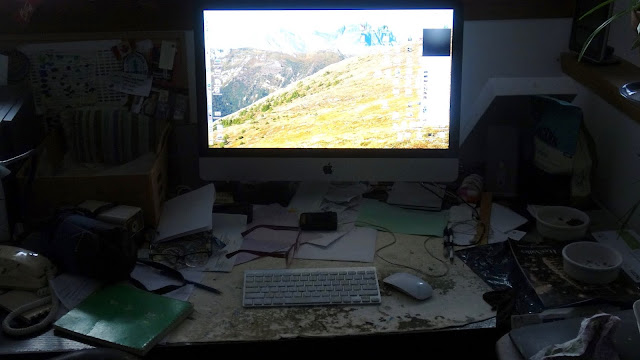 For the last week or so Kona has been waking me up around 3:00 AM so that I would take her outside to pee.  Last night I discovered that Lucifer, our cat has now joined into the conspiracy with the dog to wake me and get me out of bed.

Since we again have a dog in the house I have once again moved the cat food bowls up onto the corner of my desk, so the cat can get to them, but the dog can’t.  I learned some time ago that I have to make sure my computer keyboard and mouse are out of the way or else the cat will step on them, which wakes up my computer, causing the whole room to light up.  Normally I put a box over the keyboard and mouse so that won’t happen.

Last night before going to bed I forgot to put the box over them, so as I had just fallen asleep, the dog caused a commotion because the cat had stepped on the computer keyboard which not only lit up the room, but Lucifer must have also stepped on the computer space bar, which caused Tom Petty to start singing from my computer.

I dragged myself from the bed to deal with the problem, that solved, I headed back to my bed, but Kona thought it might be a good time to go outside, so I took my groggy self down stairs, put on my coat and boots, grabbed a flashlight, and took Kona out to face the snow flurries.  Later Kona also decided to take me outside at her regular time; 3:40 AM.

View my paintings at:   davidmarchant2.ca