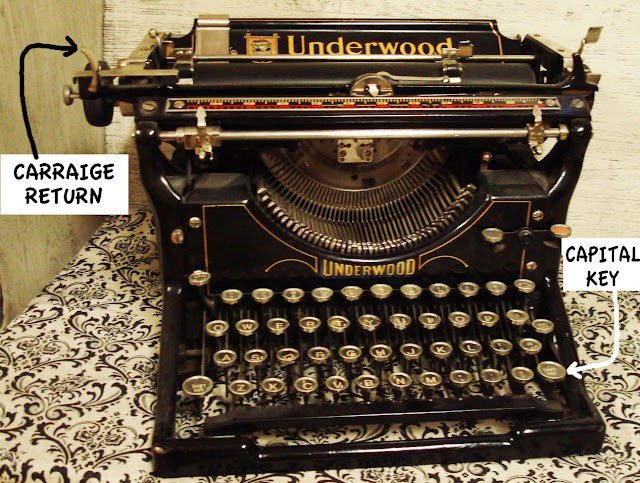 The other day when I was typing on my computer, I suddenly realized how lucky I was to have taken a typing class in high school.  It was in my sophomore year that I had to choose an elective class to fill my schedule   I didn’t know what class to take and my mother suggested that I take typing, because “that would be something that would come in handy,” so that is what I did.
Those first days in that typing classroom was a a bit daunting.  I had absolutely no experience with a typewriter and the layout of the letters on the keyboard seemed totally unreasonable.  The typing classroom was mostly filled with keen girls headed for secretarial careers, but the atmosphere was friendly and the typewriters were modern (this was before electric typewriters).
After a couple of weeks, I had become familiar with the layout of the letters on the keyboard and was typing out the phrase:  “The quick brown fox jumps over the lazy dog,”  a sentence has all of the letters of the alphabet.  Every day we were given speed tests, typing a paragraph to see how many words of it we could type out in a minute.  I was not very good.  I think my record was something like 35 words while most of the others were in the 60 word per minute range.
I was at a big disadvantage compared with others in the class.  We had a typewriter at home, but it was an antique  (It looked like the one in the photo).  Typing on it was a brutal experience.  It took a lot of finger strength just to press down the keys, but it took Herculean determination to type out a capital letter.  To do that I had to press down on the big “Capital” key on either end of the bottom row with my pinkie finger.  Pressing down on that key lifted the whole heavy metal inner workings of the typewriter.  Doing so stretched the limits of strength in my little finger.  Naturally It was not something I could do with any speed.
In those days when you typed to the right hand margin of the page, the words didn’t automatically flow to the next line, you had to manually set the typewriter to the next line.   On the school typewriters all you had to do was take your left hand and move the large paddle to the right.  On my home typewriter, I had to insert my index finger into the hook of the carriage return and move it to the right.
There was so much difference between the school typewriters and the one I had at home that no matter how much I practiced typing at home, it didn’t help me very much at school.  I did however develop really strong fingers.
I quickly fell behind the other students who had modern typewriters at home.  I was ashamed to bring home a “D” in Typing on that first grading period.  I think my teacher felt sorry for me because she generously gave me a “C” as my final grade on my report card.
Back in those ancient days, typing, even on the “modern” machines was a chore.  If you mistyped something, there was no “Undo” or “Delete” button, instead you had to roll the paper up out of the way and use a hard heavy duty “typing” eraser to rub out the mistake (often wearing a near hole in the paper) then roll the paper back in hoping that you would be in the same spot, and retype.
In those days there were no paper copiers, so if you needed an extra copy of something you were typing, you had use two pieces of paper with a layer of a thin black “carbon paper” sandwiched in between.  The carbon paper imprinted what you typed onto the lower piece of paper.  If a mistake was made in typing while using carbon paper, you had to erase both the mistake on the original and also on the carbon paper copy.
Anyway let’s just say that things are infinitely easier and quicker using a word processing program on the computer.
I am glad Mom had me take typing in high school despite my frustration in having to use that ancient Underwood fossil.  Learning how to properly type has benefitted me throughout my life.

You can view my photo-realistic paintings:  davidmarchant2.ca