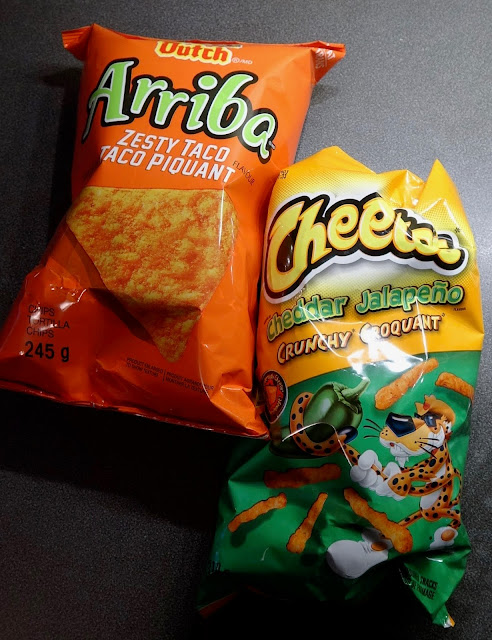 I take an interest in new terminology, and whenever I hear a new term my ears perk up.  That was the case last Saturday morning when I was lying in bed contemplating the new day, listening to CBC on the radio.  The host of the program, who was from the Maritimes, was discussing the huge snowstorm/blizzard that was just about to slam into Newfoundland, and she mentioned about how everyone there was busy stocking up on supplies to help them deal with the storm.
She spoke of batteries, milk, and storm chips flying off of the shelves.
“Storm chips?”  I had never heard that term before and wondered what it referred to.
Luckily, the news guy, who was with the host didn’t know what she was talking about either, and asked her what storm chips were.
She then explained that storm chips where just salty junk food like potato chips.  I guess whenever a big storm approaches there is a run on grocery stores for chips to give the victims a bit of comfort as they deal with the deep snow, and high winds.
The photos showing the aftermath of the Newfoundland  blizzard were amazing:  15 foot (4.5m) high snow drifts, cars totally buried, and snow piled up to the top of front doors.  I also saw some photos showing the empty store shelves, completely denuded of storm chips.
Luckily for today’s blog, we did have some storm chips in the house that I could use for the photo. (I too also like to be prepared for storms.)