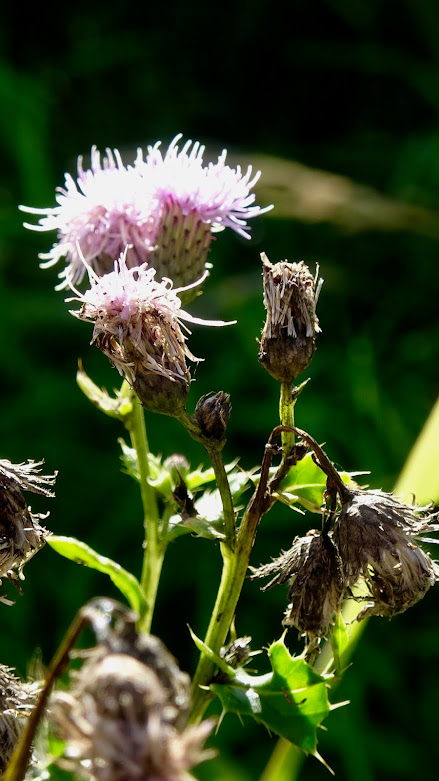 I have waged a 40 year battle trying to eliminate the Canada Thistle from my property, and can’t really see that I have had any effect on it at all.

The Canada Thistle is misnamed, it really didn’t originate in Canada; like all invasive plants it grew somewhere else and stole a ride here.  It was originally found in Europe, Asia, and North Africa, but once it arrived in North America, it thrived.   It developed during the time of the dinosaurs in the Mesozoic Era, 250 million years ago, so it had a long head start in its race against me.

While I always had some Canada Thistles on my property, I can blame an ex-neighbor for most of my present problems with the plant.  He scraped bare a couple of treed acres on his property, which was like manna from heaven to the thistles, which quickly established themselves there.  Then he took off for the summer, leaving the thistles to flower and form seeds, which blew over to my property.

Yearly I try to cut them down before they seed, but they have such an extensive root system, they pop up every year.  I guess in Britain they are one of the top plants for providing pollen for insects, but they are still in the “Bad Book” as far as I am concerned.

They have done well this summer, and I see a lot of their seed fluff blowing around in the air. 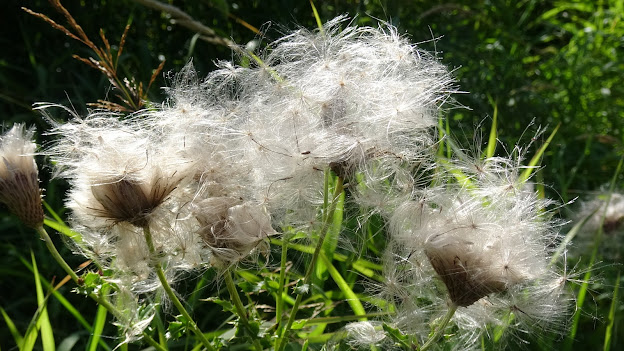